Shame it's so ugly 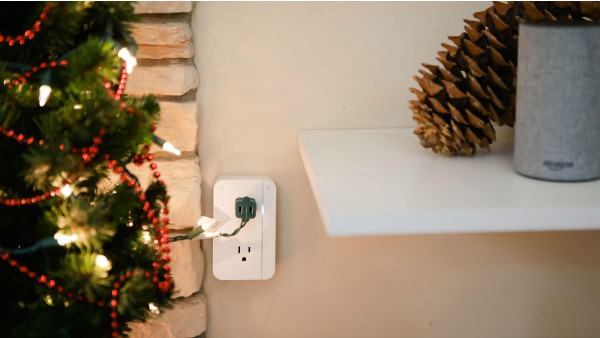 Unless you're too busy hoovering up cheap smart plugs like The Ambient's very own Paul Lamkin, ConnectSense's new Smart Outlet 2 just became one to watch.

You may recall ConnectSense's first Smart Outlet, one of the earliest HomeKit devices. The problem was that it was exclusive to Apple's platform, while the new plug opens up with Alexa and Google Assistant support. Or if you'd prefer, there's the ConnectSense app which lets you create your own custom schedules.

Adding to its versatility, the Smart Outlet 2 doesn't require a hub to work (it's all Wi-Fi), so this really is a plug-and-play deal. There's even a power monitoring feature so you can keep an eye on how much electricity you're sucking up.

The outlet has two sockets and a 2.4 amp USB charging port (although that one's not smart), and as you may have already noticed, isn't the best looking smart plug out there. It's bulky as hell. It also costs $60, which is a lot when you can pick up sub-$20 alternatives.

But you're also getting more functionality than any other those budget plugs, along with extras like the little adjustable LEDs on the front of the plug. It'd be hard to find a plug that does more for this price - so long as you've got the room for it. It's available now on ConnectSense's website as well as Amazon, although it appears to have vanished from the latter at the time of writing.