It's the latest example of Microsoft scaling back Cortana 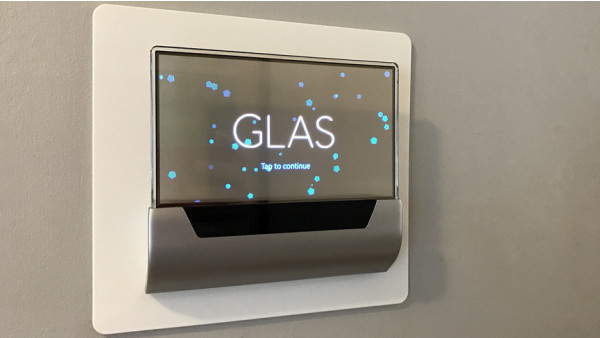 When we first tested the Glas smart thermostat, we said it was unique for reasons: its transparent touchscreen looked stylish as hell, and it was the only thermostat with Cortana. Now, it's just a stylish thermostat.

Glas creator Johnson Controls announced that an incoming software update will wipe Cortana from the thermostat entirely. Glas will still function as a smart thermostat in all other ways, but Microsoft's assistant will no longer feature.

One member of The Ambient who owns the Glas received the news in an email, which reads as follows:

"The Microsoft Cortana voice assistant will no longer work on your device. Moving forward, you will still have access to other voice assistants to control your thermostat through the Works with functionality of Amazon Alexa and the Google Assistant."

Users will still be able to get air quality information, which comes via AccuWeather. Johnson Controls advises users to update both their mobile app and the thermostat itself to keep everything running smoothly.

So why is Cortana getting killed off? It follows other moves from the company to scale back the assistant from its consumer hardware and instead pour Cortana into its business efforts. The assistant is also being removed from the Xbox One. Cortana has struggled to find its footing in the smart home, too, so its retreat is hardly a surprise, but it will surely miff a lot of people who bought Glas because of the Cortana angle.