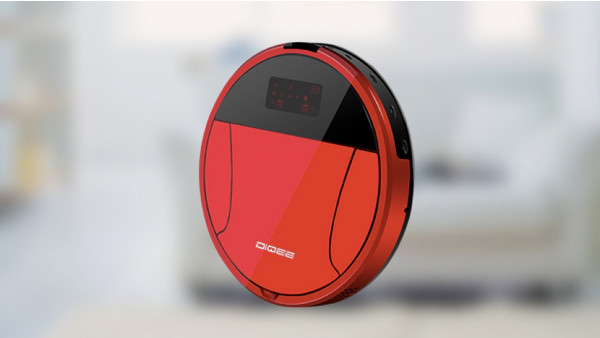 Robot vacuums are a great way to automate the eternally mind-numbing task of cleaning your home, but it turns out one device could be susceptible to hackers.

That's according to cybersecurity firm Positive Technologies, anyway, which indicates that the Diqee Camera Robotic Vacuum Cleaner has two major vulnerabilities that leave it open to remote controlled movement and, even worse, access to its built-in camera.

Read this: The battle to secure your smart home has already begun

That it can be tapped into and moved to someone else's will is unsettling enough, naturally - it'd be like a bizarro version of Paranormal Activity - but the fact the HD 360-degree camera and its night vision capabilities can also be looked through by hacker types poses a more obvious and serious security risk.

The remote code vulnerability gives an attacker with the deviceŌĆÖs MAC address system admin privileges, and, according to the report, the hole is contained within the Wi-Fi connection and exploits the authentication process.

That's not all, either. The firm also claims that the vac could be used to assist DDoS attacks, when an online service is essentially made unavailable by overwhelming it with traffic. And though more unlikely, due to a hacker needing physical access to the SD card slot of the device, its vulnerabilities could also leave the owner's personal information at risk.

Of course, while these flaws in the Diqee Camera Robotic Vacuum Cleaner are alarming, it's also a stark reminder of security within the smart home. While this particular camera-toting device is the latest to have its vulnerabilities highlighted, the reality also remains that it won't be the last.

We've reached out to Diqee for comment on the report, and we'll be sure to update this story if we hear back. Until then, though, maybe consider shutting down the robot vacuum for a while and do your own cleaning for a change, hey.