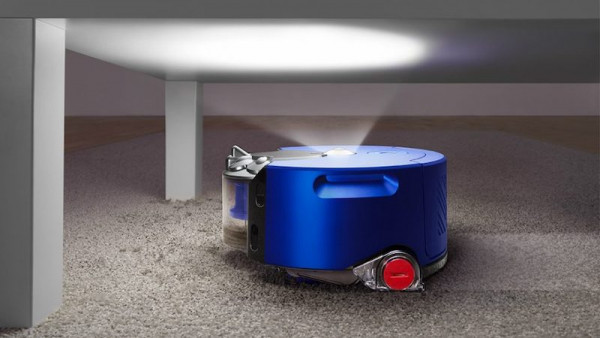 Way back in September 2018, Dyson announced a new robo vacuum, the 360 Heurist, which addressed some of the key problems of the 360 Eye, its first adventure in the space. Weirdly, for the British brand, it was a China only release though.

Fast forward 18 months or so and the Dyson 360 Heurist can now be bought in the western world, mainly in the UK, Canada and mainland Europe.

The 360 Heurist has plenty of performance improvements over the original 360 to make it a better cleaner ŌĆō we'll get to those ŌĆō but the most intriguing feature is night vision. The Heurist has a ring of eight LEDs around its top camera that will ignite in poor lighting conditions, allowing the vac to carry on as normal. No excuses.

The bot also has a processor that's 20 times faster than the last one. This gives the vac about 60% more detail about its environment, making it half as likely to bump into things. Got all that? Good.

Dyson also claims it'll "nearly double" its predecessor's 40-minute runtime while also boasting more bristles that move at a faster rate. Battery life was one of our biggest complaints with the Eye, so we're pleased to see that one addressed.

The Heurist has 10GB of memory on board (20x times the memory of the 360 Eye), so it will be more capable of retaining maps of your home's layout.

Alexa's back again, allowing you to command your tiny wheeled butler by voice, but no word on whether Google Assistant support will be added this time.