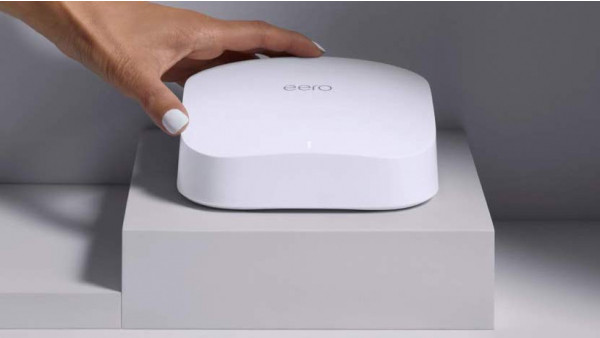 Amazon has taken the covers off of its "fastest Eero series yet" with the Eero 6 and the Eero Pro 6 going live at the tech giant's hardware event.

Both the 6 and Pro 6 are Wi-Fi 6 mesh modules, meaning they are capable of blisteringly fast and reliable coverage in your house, for more than 75 devices simultaneously.

Like the new Echo smart speaker and the 2020 Echo Show 10, these Eero devices also double up as Zigbee smart home hubs, meaning you can control your smart home devices from within your Eero ecosystem.

However, like the 2019 Eero Mesh Wi-Fi system, Amazon still hasn't baked Alexa right into the devices. They work with Alexa through a skill and an Alexa smart speaker, but the digital assistant doesn't live natively on the devices themselves.

The Netgear Orbi mesh system, in contrast, has Alexa built in. And, given Amazon owns Eero, it seems like a strange omission.

What you do get though is:

Eero Pro 6: A tri-band, high-performance mesh Wi-Fi 6 router with two Ethernet ports and a built-in Zigbee smart home hub, that can cover up to 2,000 square feet. A two-pack bumps that coverage up to 3,500 square feet and a three-pack will get you right up to 6,000 square feet.

It's important to know that with the Pro, all modules are effectively Wi-Fi routers, with the non-Pro you just get one router and the 'extenders' in a multipack.

If you're confused what all that means, check out our comprehensive guide to Wi-Fi mesh systems and, while you're at it, have a read up on exactly what Wi-Fi 6 is.

The good news, if you've already got an Eero system installed, is that the new Eero 6 devices are backward compatible with all generations.

The new Eero 6 is priced as follows:

They are available to pre-order now, shipping starts later this year.