It's also celebrating with deals and Wi-Fi Simple Setup suppport 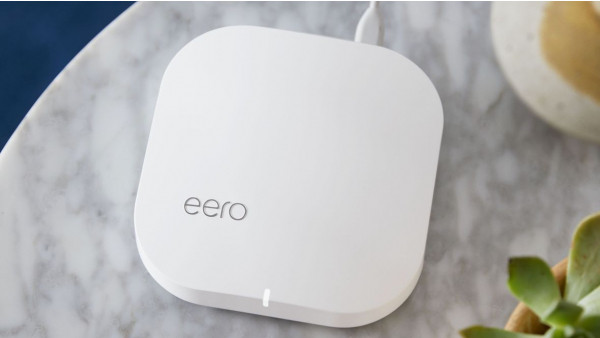 Amazon snapped up one of the biggest names in mesh Wi-Fi, Eero, back in mid February, but it's only become official today: Eero is an Amazon company. To celebrate, the two companies are doing a number of things.

Eero believes all customers have a right to privacy and it will continue to be clear with what data it's collecting, why it's using it, explaining that clearly and giving customers control of its data. That it will only collect network diagnostic information only to improve the performance, stability and reliability of its products and services (plus customer service). Finally, that it will actively try to minimize the amount of data it collects.

Weaver then expands on what Eero uses data for, explaining that it collects network status, assigned IP addresses, signal strength, and bandwidth usage to optimize Wi-Fi performance. It doesn't collect or have the ability to collect browsing data. It does collect data about node events, like crashes, however. If you've got an Eero Plus account, it routes DNS requests without customer information attached to Eero's security partner, Zscaler.

Weaver also announced that Eero and Amazon have already collaborated on WiFi Simple Setup. So if you've got an Eero system and buy an Alexa-compatible smart home product on Amazon, that product will automatically use encrypted credentials to connect. This isn't too dissimilar from how WiFi Simple Setup works with other routers, but the added benefit here seems to be using encrypted credentials.

Eero has a loyal base of fans, so it's good to see the company double down on what makes them endearing, but it's also difficult to know what Amazon's intensions are long term. It clearly wants to own the entire smart home stack, from devices to assistant to, now, Wi-Fi, but that also gives it a whole lot of potential data on how you live. The big question is how it will use that data long term.

Finally, Amazon has naturally given Eero prime placement on its homepage, and is discounting all Eero mesh systems by $100 for the day. There are three choices: