August will power the luxury EMPowered smart lock from Emtek 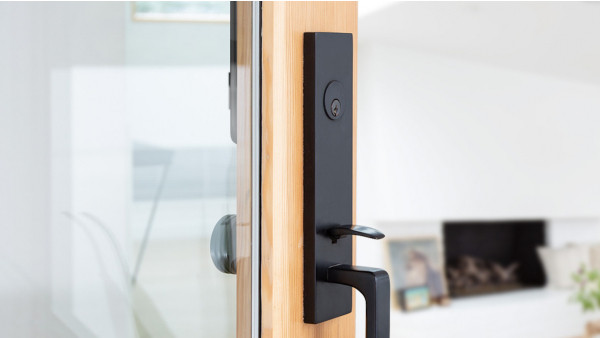 August has its Connected by August program, which essentially combines its smart software with locks from traditional lockmakers. This has accelerated since August was purchased by Assa Abloy, the world's biggest lockmaker.

And now it's taking another step at CES 2019. August and fellow Assa Abloy company Emtek are partnering up for the EMPowered Smart Lock, which brings August's smart features to a more high-end luxury lock.

Emtek specializes in crafting custom locks in a number of different high-end finishes. It essentially lets the home owner display their own personal style - through their locks. And now its users will be able to take advantage of features like Auto-Unlock, Auto-Lock, Door-Sense and Google Assistant, Alexa and HomeKit (as long as you have the Connected by August module).

There's both a touchscreen keypad and keyed version, so if you would like to use a key you can, otherwise you can use your digital assistant and the August app. There's no pricing, because of how you can essentially create your own lock, so pricing can vary. They will start shipping in February 2019.