Eve Cam is built with HomeKit and your iPhone in mind 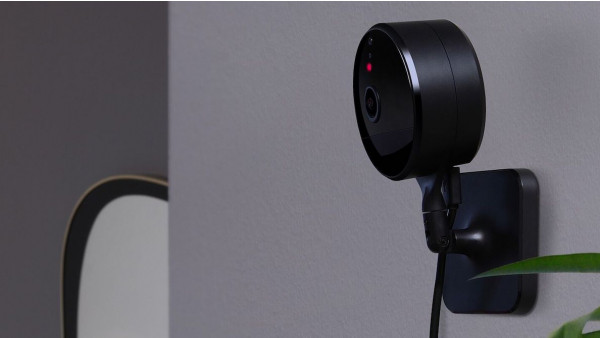 The Eve Cam, which is an indoor smart security camera, was created exclusively for Apple HomeKit Secure Video. That means your footage is privately analyzed by your HomeKit hub (Apple TV or HomePod) and uses "onŌĆædevice intelligence" to determine if people or pets are present.

If motion is detected users can get a notification that lets you view the clip from their iPhone Lock Screen. You can also view recorded video clips for for ten days in the Home app; it's stored in your iCloud but the good news is clips don't count against your data plan.

Eve also used CES 2020 to officially launch its Water Guard; a HomeKit-enabled water leak detector will alert you with an audible and visible alarm.

Unlike the Fibaro and Aqara HomeKit-compatible leak detectors, which are battery-powered, EveŌĆÖs Water Guard plugs into an outlet and features a 1.5m sensing cable to cover a wider area. Adding audio and visual notifications will help avoid the problem of potentially missing an alert on your phone when thereŌĆÖs a leak.

The water sensor's cable not only looks like a regular nylon charging cable but is super sensitive. One drop of water hitting any part of it sets off an alert, and the way you can extend and manipulate the cable to get it where you want, makes it a much more versatile option than most other water leak detectors, which essentially sit in one spot.

Finally, the 2nd-gen Eve Energy made its debut in Vegas. It boasts a new bar-style design that Eve says doesnŌĆÖt block neighboring outlets and packs the same energy monitoring and autonomous scheduling features of its predecessor.

Once known as Elgato Eve ŌĆō but now simply as Eve ŌĆō the German company has been in the connected home game longer than many of its rivals, and its HomeKit exclusivity makes it an obvious winner for iOS fans looking to step up their smart home systems.

With smart devices across a plethora of categories ŌĆō lighting, power, security and more ŌĆō Eve is an easy and affordable way to add devices to any HomeKit setup, while at the same time offering a pretty comprehensive companion app to manage non-Eve devices as well.