Surge protection has never been so smart 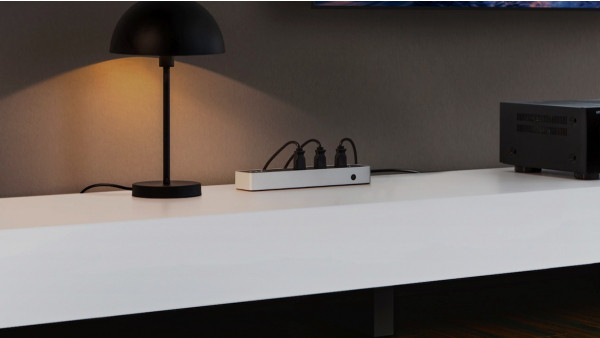 Smart plugs can be a good way to turn dumb objects smart, but they lose their effect when you rely on power strips to hook up a number of devices to a single wall outlet. Even worse, there aren't many smart power strips out there.

Luckily, your wait is over as Eve has finally released its Eve Energy Strip, a smart, well, energy strip that's HomeKit compatible. There are three outlets on the strip, and all of them will be able to be controlled by HomeKit individually. You'll be able to that with Siri and the Apple Home app, naturally, but also the Eve app.

Read this: The best smart plugs

The Eve app will give you a couple extra abilities though. You'll be able to track power consumption and the projected cost of your energy use. Each outlet, by the way, has a little LED next to it that'll let you know the status of each outlet. You'll also be able to set schedules and activate child locks. There's also a vacation mode that'll make it seem like you're home.

Any good power strip is going to have some surge protection, and wouldn't you know it the Eve Energy Strip's got that too. It's got overcurrent, overvoltage and surge protection built in. All of that is a fancy way of saying it'll protect your devices from the effects of power outages or grid outages.

As for security, the Energy Strip's data is all protected by encryption. It can also work without a data connection, so if your Wi-Fi goes down you'll still be able to use your devices no worries. When you do want connect to the internet, it connects directly to Wi-Fi - no bridge or hub required.

Then there's pricing, and it looks like Eve has changed things up a bit. Back when we saw it at CES 2019, it was to be priced at $119.99. Now you'll be able to get the Eve Energy Strip for $99.95, starting today on Eve's website or directly from Apple.