Actually, the Facebook Portal can collect your data for targeting ads after all

Call it semantics, but it's not a great look for the company 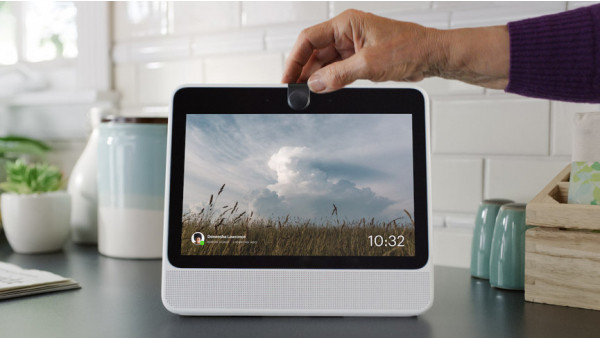 When Facebook announced the ill-timed Portal speaker earlier this month, it allayed at least some fears by promising it wouldn't use any data collected from the camera to target ads at us.

Turns out, that's not true. The company sent a statement to Recode clarifying that, while it won't show ads on Portal, it could use collected data to target ads across Facebook's platforms.

The full statement to Recode, sent by a Facebook spokesperson, reads as follows: ŌĆ£Portal voice calling is built on the Messenger infrastructure, so when you make a video call on Portal, we collect the same types of information (i.e. usage data such as length of calls, frequency of calls) that we collect on other Messenger-enabled devices. We may use this information to inform the ads we show you across our platforms. Other general usage data, such as aggregate usage of apps, etc., may also feed into the information that we use to serve ads."

Rafa Camargo, the product vice president in charge of the Portal product line, went on to clarify that while the data can be used to target Facebook users, it doesn't necessarily mean it will be. So... semantics.

Facebook is an ad-based company, so even with its first major hardware launch we shouldn't be too surprised that it's sticking to what it knows best. That said, the change in messaging isn't a great look for the company when it's trying to launch a device that people are already pretty skeptical of.

As I've argued already, the timing of Portal is suboptimal to say the least. It comes in a year when people have grown suspicious of the social network's intentions and competence in handling user data; asking them to then stick a Facebook camera in their homes is pretty bold. Bolder still with this latest revelation.