Portal TV is a Facebook webcam for your television

Kinect, is that you? 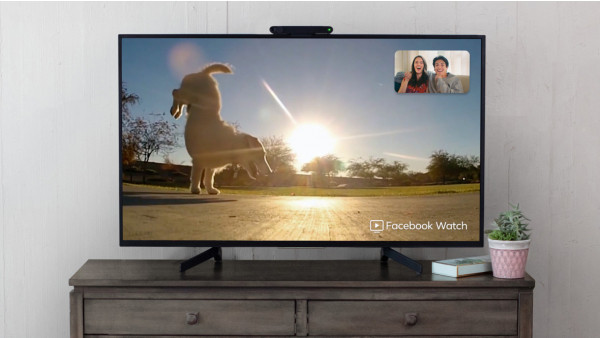 Facebook is coming for your living room. Alongside two new Portal speakers the company has announced a device called Portal TV, which effectively turns your television into one of its smart speakers.

Portal TV is a small camera that looks a bit like Microsoft's old Xbox Kinect and plugs into your TV via HDMI, letting you make video calls to other Messenger and WhatsApp users.

The device itself is designed to sit on top of or under your TV set. The camera has a 120-degree field of view, but Portal's camera AI can detect people in view and track them around the room. If multiple people enter the frame, it will adjust to make sure everyone's in shot.

It has eight far-field microphones to pic up your voice, and a full-range speaker built-in to make sure that it doesn't have to rely on your TV's speakers to play back the other end of the line.

You can start Messenger calls by saying "Hey Portal, call [name]" or manually via the included remote for WhatsApp calling. The other person will just need to have Messenger on their phone, in a browser or a Portal device of their own. If you're making a WhatsApp video call, it has to be to someone's phone.

One of the more interesting features on Portal TV is shared viewing for Facebook Watch, the company's video platform, letting both callers watch the same show simultaneously. And of course there's no end of AR fun and games here too, from video call filters (think hats, funny glasses, mustaches) to augmented reality storybooks (you know, for the kids) and games.

But outside of video calling and delivering weather updates ŌĆō not to mention whose birthday it is each day ŌĆō Facebook's assistant isn't all that capable, so Alexa is supported too, meaning you can use the Portal TV like an Echo device. Facebook's now supporting the Alexa visual interface too, across all its Portal device.

Privacy is obviously going to be a big concern here, and Facebook knows it. There's a physical shutter to hide the camera and a red light that turns on when the mic is off.

But Facebook's also being more upfront about data collection, and as with the Portal smart speakers you'll be able to opt in or out of Facebook storing your "Hey Portal" interactions for analysis. You can read more about that in our first look at the new Portal models.

Portal TV will be available 5 November and costs $149. 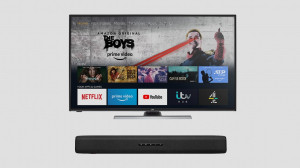 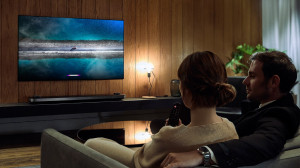 Updates rolling out to 2019 models only