CES 2019: Smarter safety is coming, both inside and out 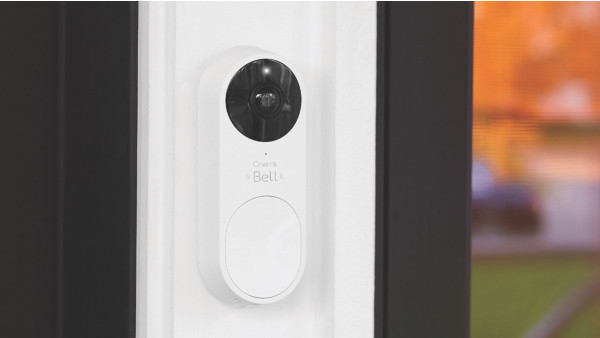 First Alert is using the CES 2019 show floor to debut a collection of connected wares, with a new video doorbell, smoke alarm and Wi-Fi network aiming to increase your home security.

Operating under its Onelink banner, the company has unveiled the Surround Wi-Fi System, Bell and Smoke & Carbon Monoxide Alarm, while also updating its Safe & Sound alarm. All offer something slightly different, but the emphasis is all on securing the home.

In relation to the Surround, First Alert indicates that the system is able to create a closed, private network and prevent cyber-threats and hacks by analysing every outbound connection. If a problem is detected, users are notified and are able to block any potentially malicious content through restrictive settings. Control over the network is also included, with the companion app helping users pause, filter and set time limits.

And while the Surround will be able to monitor what's going on through your home network, the Onelink Bell will instead be notifying you who's at the front door. Featuring the likes of 1080p HD live video, motion detection, two-way audio helps it stack up against some of the bigger names in smart doorbells, but, handily, the Bell is also able to tap in to other Onelink devices in the home in order to be heard. So, instead of setting up separate repeaters around the home, the Bell's chime will play through Onelink's smoke alarms in order to be heard. It's also compatible with Google Assistant and Amazon Alexa, meaning users can connect it to an enabled device and receive a report on outside happenings.

The alarms, as we say, are also getting an upgrade. The current flagship device, the Safe & Sound, is receiving Alexa Calling, Messaging and Apple AirPlay 2 support, while also coming with built-in Wi-Fi mesh tech to help offer a stronger connection. Like its predecessor, it isn't just an alarm, either, with Alexa or Google Assistant (depending which model you choose, though it's also compatible with Apple HomeKit) able to play music, deliver weather reports or control other smart home devices.

It doesn't end there, either, with an all-new Onelink Smoke & Carbon Monoxide Alarm also unveiled. Acting as a supplemental alarm to the Safe & Sound, the Smoke & Carbon Monoxide Alarm, as the name suggests, is able to protect the home against threats through voice and app alerts, while offering the same wireless connectivity support and compatibility with HomeKit, Assistant and Alexa.

First Alert will be on the show floor this week in Las Vegas debuting its new collection of security gadgets, and we'll be there to get more details - stay tuned for information on release and price.