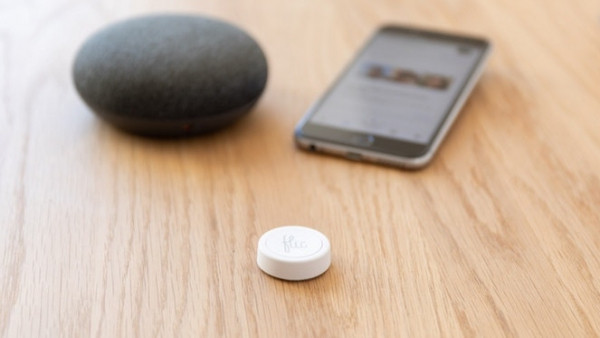 The second-generation Flic 2 smart home button has hit Kickstarter - and is expected to ship later this year alongside a new HomeKit enabled Hub.

We at The Ambient are already huge Flic fans and users and the addition of long range Bluetooth, alongside triple the battery life, a more durable design and that HomeKit compatibility takes what was already one of the top smart buttons to an vastly improved level.

Flic's compatibility list is huge with big names such as Hue, Lifx, Sonos, Ecobee, Tr├źdfri and Chromecast all supported. Gaps can also be filled with IFTTT and Logitech Harmony controls and recipes as well.

And, with the new Flic 2, Shortcut Labs (the Swedish company behind the button) are also opening up the platform so as developers can create their own apps to customise the button's capabilities.

Flic 2 buttons, like the original, can run independently, using your smartphone (and the Flic app) as a hub. However, there's also the option to sync buttons to a dedicated hub and the new Flic Hub LR not only has a longer Bluetooth range, but also adds HomeKit scenes and automations into the mix as well.

You can get a Flic 2 button with a pledge of $25 on Kickstarter; $99 gets you 4 and the new Hub LR. There's a bunch of other bundles worth checking out. Shipping is set for September.