This is our jam 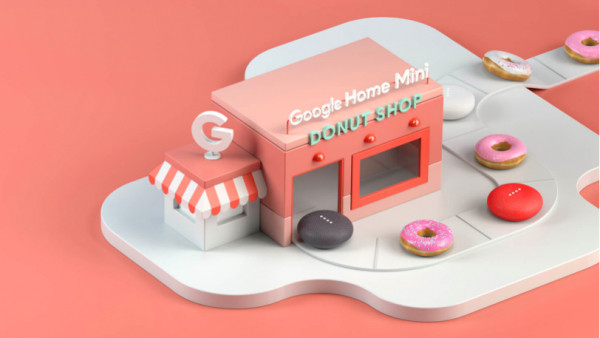 A Google Home Mini doesn't cost much dough but that isn't stopping Google from giving them away - at pop-up donut shops across London.

You can bag a free Google Assistant powered smart speaker at four Google pop-up trucks and er, bikes: John Lewis on Oxford Street, Angel Central shopping centre, Westfield in White City and Westfield Stratford. You can check exact dates here but the whole stunt starts on 22 March and runs until 1 April and is part of a "super-sweet" world tour which began in the US in October 2017. We'll keep an eye on where it's heading next.

Read this: Google Assistant missing manual - your need to know

I mean, the consolation prize is two free donuts so we'd say worth the trip either way. No word on types or flavours though.

The tagline for the event is "size of a donut, power of a superhero" and while the Home Mini makes a not bad second or third smart speaker, we wouldn't suggest it as your main controller on account of the audio quality. Still, there's no denying that 'free' is a sweet deal - Google has also been giving away the speaker with Nest thermostats in a bid to get more smart home owners into its ecosystem.

And we're here for this meeting of tasty treats and the smart home. May we suggest (more) ring donuts for Ring doorbells. Tubs of ice cream for the Home Max. Oversized cans of tuna for the Amazon Echo Dot? OK, fine we'll leave it to the experts.