Don't make my house a battlefield 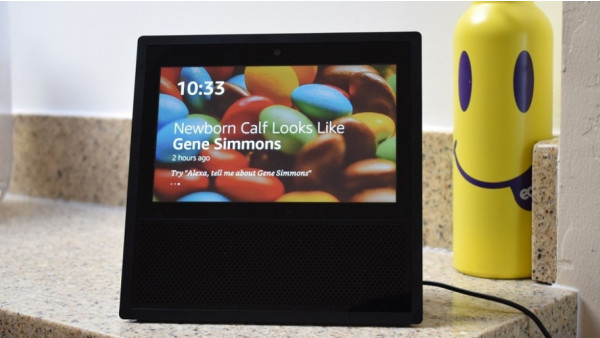 The Amazon Echo Show just got a great new feature: no more YouTube videos. A spat between Google and Amazon has ended with YouTube support being pulled form the smart home device, abolishing the biggest benefit of having a display.

Now, when I try and ask it to play anything on YouTube, Alexa tells me "Currently, Google is not supporting YouTube on Echo Show". This was first noticed by The Verge, which received a statement from Amazon confirming that Google was the one to pull the plug.

"Google made a change today at around 3 pm. YouTube used to be available to our shared customers on Echo Show," it said. "As of this afternoon, Google has chosen to no longer make YouTube available on Echo Show, without explanation and without notification to customers. There is no technical reason for that decision, which is disappointing and hurts both of our customers."

Turns out there was a technical reason: Google didn't like the fact Amazon wasn't giving users the full YouTube experience, with things like autoplay and recommendations not features on the Echo Show.

And guess what? We all lose as a result. The only people affected in this fracas between Google and Amazon are the users, who now have a box approximately one-third less useful than it was a few hours ago (YouTube is easily my most-used Show feature. That and the amazing headlines Amazon serves up - see above).

Hopefully the two will iron things out and get YouTube running again, but the smart home cannot be the battlefield for fights like these. As the smart home industry grows, our houses will have multiple interweaving products from different companies that will need to work with, not against, one another.

What if one day Apple just decides to stop supporting the August locks? Or if SmartThings won't work with Philips Hue lights anymore? I'm not saying there's any likelihood these things will happen, but one company pulling a plug could have seriously frustrating ramifications for users.

This also isn't to say Amazon is the archetype of embracing competition; Amazon Prime still doesn't have Google Cast support, nor does Amazon sell Google's streaming dongle. But in this particular case, it almost feels like we're being punished.

Google, Amazon, sort your shit out.