Google Assistant redesign brings you more control from your smartphone 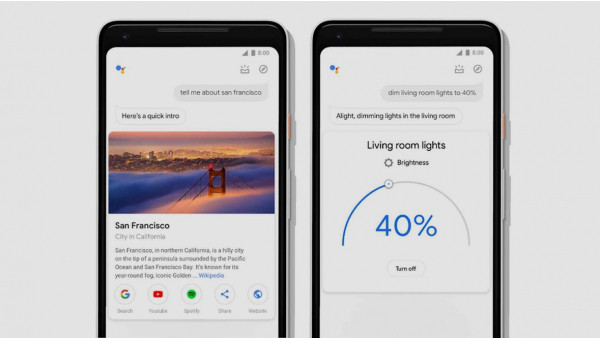 Google Assistant has been given a redesign, making the visual elements used in responses bigger and easier to control at a glance.

Previously, using the smart assistant through a phone wasn't a very interactive experience, mainly focusing on displaying a transcript and focusing on the user's voice. However, with the update, new visuals will now let users follow-up on requests through their mobile.

So, for example, if you ask Google Assistant to brighten your bedroom lamp, it will now generate a slider for you to adjust to your desired level. The move echoes some of the visual changes we've already seen roll out to Assistant on other platforms, including a refreshed version of the smart helper on Android TVs. A more visual Assistant, of course, has also been established by the introduction of the Google Smart Display line.

First pioneered by Amazon through the Echo Show, Google is only now catching onto the idea that its smart assistant is more digestible through a screen, as well as offering the ability for easier control. And though, as we say, this particular update is focused on the mobile version of Assistant, we are seeing a rapid shift from Google to this type of display - the JBL Link View and Lenovo Smart Display have already launched, and Google is allegedly readying its own Pixel Stand for launch next week.

And while this could represent another small step into the wider visualisation of Assistant, it wasn't the only upgrade to hit. Google will now also offer developers the opportunity to take payments directly through the assistant - so, if you want to purchase a subscription using just your voice, that's now a possibility, providing the feature is built into an app.

The company says that the improvements will hit devices over the next few weeks on Android, while iOS users will have to wait until Apple's App Store approves the changes.