Google Home 2: Our wish list for the next smart speaker

The OG Google Home is due an upgrade 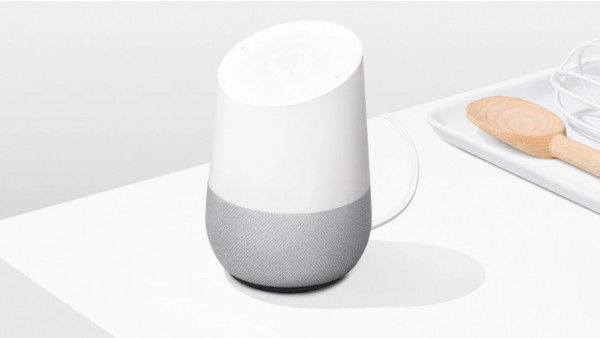 The Ambient is reader-powered. If you click through using links on the site, we may earn an affiliate commission. Learn more
The Ambient Team
@theambient
Wednesday

While Google's lineup of smart speakers has grown outward with new additions, the OG Google Home from 2016 is still the company's flagship "Home" device. It feels like it's overdue an upgrade, and guess what? It looks like it's happening.

A report from Nikkei Asia Review earlier in the year claimed that Google is working on an updated Home speaker, although it's not clear when we'll see it. Having just released the Google Home Hub, the company may wait off until later in the year for its next speaker so as to not cannibalize sales. Or perhaps the threat of Amazon is too much - and we'll see it sooner.

Missing manual: Your guide to everything Google Assistant

Whatever the case, we have a lot of ideas for Google Home 2 here at The Ambient. So we put our heads together and came up with the following wish list. We're just talking about the flagship speaker here, not the Mini, Hub or Max, which are all younger. Here's what we want to see.

Look, we're not paid to design smart speakers, but we feel qualified enough to dish out a few pointers here. The Google Home isn't the best looking of the bunch; when it first arrived, the entire tech media compared it an air freshener and, well, that was kinda fair. At the time, the Echo wasn't much of a looker either, but times have changed: smart speakers no longer have to look like horrible plastic tubes - we cover them all in fabric now, don't you know?

We'd like to see the Home 2 adopt the all-fabric design of the Echo and Home Mini, but we're sure Google can give it some flair to help it stand out from the ever-growing crowd.

This one should really go without saying, but the Google Home 2 needs to sound better. Much better. Amazon now has an advantage with the Echo 2, which got an audio boost last year, leaving Google's tiny tower acoustically lacking by comparison.

Google knows that people use their smart speakers for music more than anything, and yes, it does have the Google Home Max to scratch that itch - but that's an expensive itch. The current sound quality on the Google Home is by no means terrible, but it does struggle at higher volumes, making it difficult to recommend for anyone who listens to a lot of music in their home.

By way of improving the sound, we'd like to see Google add some acoustic tuning features, like Apple does with the HomePod's automatic EQ curving and Sonos offers (though not automatically) with TruePlay.

Third, we'd like to use the Google Home "regular" for proper stereo pairing. You can currently group Google Home speakers together, but all just pumping out mono, so you don't get the stereo separation. That's something Google could change with the Home 2.

We talk so much about Google's smart speakers and streaming devices, it can be easy to forget that the company also makes a pretty good mesh Wi-Fi system called Google WiFi.

Obviously, you need a router to even use a smart speaker. So what if the smart speaker was the router? Google could pack the next Google Home with Google WiFi components, turning each and every Home 2 into a mesh device. Put a Home in each room, youŌĆÖve got a fully blanketed home.

ItŌĆÖs a unique angle that only Google could pull off, and the Mountain View company could surely use its extensive AI abilities to better control or manage data to and from smart home devices while also protecting against threats.

Google Assistant, and by extension, Google Home, arenŌĆÖt as good at being smart home controllers as AmazonŌĆÖs Alexa. ThatŌĆÖs for a lot of reasons, but one is that AmazonŌĆÖs Echo Plus and Echo Show can act as Zigbee hubs. This allows you to forego annoying hubs and link your devices straight with your smart speaker.

GoogleŌĆÖs on the way to this anyway with its Made for Google program, but at the moment that requires completely different editions of the hardware. To ease into that transition, packing Home 2 with a Zigbee hub could help - and save prospective smart home owners a lot of money. And letŌĆÖs face it, making your home smart is still an expensive proposition.

With the Google Home Mini, thereŌĆÖs a realistic and affordable way to have Assistant living in every room. However, thereŌĆÖs also another way to achieve this thatŌĆÖs available to Google - take the flagship smart speaker wireless.

How many times do you find yourself wanting to bring your best speaker from the living room into the kitchen as you cook, or into the garden on a sunny day? Having a digital assistant and music services at voice-reach has made us want it for every scenario, but the issue with that is having to pay for more smart speakers and, often, compromising on quality because of the expense.

Will it happen? Well, probably not. Obviously, the problem with making Google Home 2 moveable and chargeable jibes with the companyŌĆÖs natural aim to push you into buying a connected device for every room. Still, we can dream of some mid-tier option that can be moved from kitchen to bedroom to bathroom - without the need to unplug. Google could be the first.