Pour one out for Google Home Max: Big sounding speaker hits end of the line 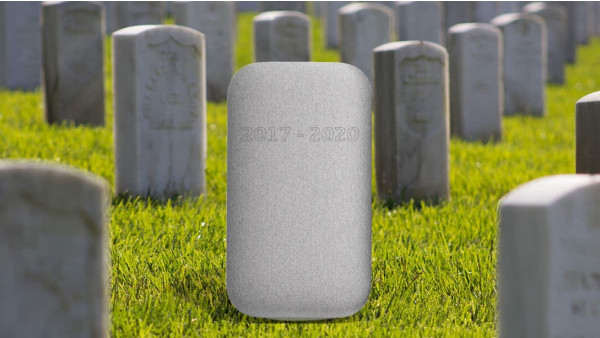 The big daddy of Google's smart speaker line-up, the Google Home Max, is no more. Google has confirmed that it is no longer making the speaker and that the last few models have now sold out on the Google Store.

The writing has been on the wall for the Home Max for a long time. Both the Google Home Mini and the original Google Home speakers have been superseded by Nest-branded speakers; the Nest Mini and the Nest Audio.

Launched way back in 2017, the Home Max was the first real attempt from the big tech holy trinity to focus on sound rather than smarts; it landed a few months before Apple's HomePod and a couple of years before Amazon's Echo Studio.

And while it was somewhat of a big, ugly, bastard - that cost a whopping $400 when it first went on sale - we stated in our Home Max review at the time that it "delivers a sonic punch to justify its expensive price tag."

We're hoping this paves the way for a new BIG Nest smart speaker in 2021 to replace the Max, especially given that a Google Nest multi-room speaker setup has now evolved into a genuine contender in the space.

That's not to say you have to put your Home Max in the bin though - it can still play its part. Google released a statement to Engadget saying: