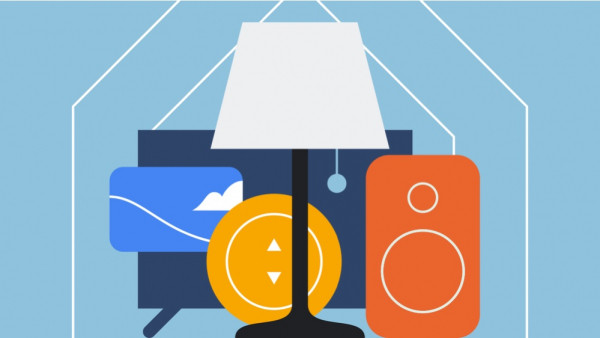 Google has laid out its Matter plans at I/O 2021, with the new smart home standard set to play a major part in your Google Assistant-powered house in the future.

Earlier this month it was revealed that Project CHIP is moving out of the ideas stage and it will have a new name for when it does: Matter.

The Matter name will appear on all compatible smart home devices in the future, with the plan being it will be easier for consumers to identify devices that will work within their smart home ecosystem; whether that be Alexa, HomeKit, GoogleŌĆÖs Assistant, SmartThings, or any others who join the party.

Google is the first major player to reveal its Matter hand, with the I/O keynote unveiling exactly how the Mountain View company's hardware and software will work within a Matter smart home setup.

"ItŌĆÖs up to us to simplify the smart home, and to start we must change the way device makers build products," said Michele Turner, Senior Director of Google Smart Home.

"There should be one standard that simplifies selection, setup and control, and makes it easy for our partners to create products and experiences for your home."

First up, Google is going to make it so as your Google Assistant, whether on your Android phone, smart speaker or smart display, will be able to control Matter-certified devices.

For example, currently Eve smart home kit is HomeKit only - but it will all be Matter compatible eventually - so it opens up the door for thousands more smart home devices to become Google Assistant compatible.

Going further than that though and, using the Thread protocol, some Nest devices will act as Matter smart home hubs.

Explainer: What is Thread and what does it mean for your smart home

Google already has a Thread radio in some of its Nest hubs, such as the Google Nest WiFi system, the 2021 2nd-gen Nest Hub and the Nest Hub Max. However, you can't really do anything with them yet; there's not a simple way to add Thread devices like bulbs and smart sensors onto the network.

But that is set to change with Google saying these devices will "become connection points for Matter devices, creating even stronger, faster connections across your home."

A real world example of this is the excellent Thread-enabled Nanoleaf Essentials smart lights, which currently require a HomePod Mini or Apple TV for Thread-connectivity.

Google is also opening up its own devices for Matter. Take the Nest Thermostat for example (sadly, only the latest model was mentioned), you'll be able to control that from other Matter hubs... so you could, for the first time, control your Nest heating using Siri.

As well as all the Matter revelations, Google also used I/O to launch its new Smart Home Directory - "an online destination to discover Google Assistant-compatible devices, answer your questions and learn from educational videos."