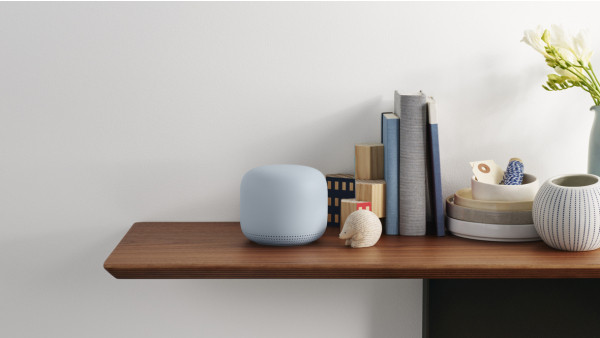 Google's latest and greatest mesh Wi-Fi system is here; the Google Nest Wifi gets some new branding and some extra features, with the Big G hoping to bring whole home Wi-Fi to the masses.

Google already had its own mesh system on sale but an all-new Nest Wifi system, launched alongside the new Nest Mini smart speaker, is much more consumer-friendly.

Google Wifi was already one of the easiest mesh network systems to set up and the new Nest system takes things further by bringing the platform inside your Google Home app and adding Google Assistant to the mix.

The Google Nest Wifi system is made up of two different devices: the Router and the Point. The Router on its own would probably do a better job than your current router - if you're still using the bog standard one your ISP provided to you.

It's got a 4x4 Wi-Fi antenna, meaning it can adequately cover an area of 2,200 square feet and also features a Bluetooth Low Energy (BLE) radio as well.

There's no Zigbee or Z-Wave on board, which is a bit of a surprise. Google has, instead, packed in Thread - with the focus being on it acting as a hub-of-sorts for Nest smart home devices. There's also no Wi-Fi 6 either... we guess that Google is holding that for next year's model.

However, while it'd no doubt be a great standalone router, the whole point of a mesh system is to add extra nodes to expand your home's Wi-Fi coverage.

Add in a Point, or two (or three, or seventeen... depending on how big your house is) and you can add another 1,600 square feet of strong Wi-Fi. The Point only has a 2x2 antenna, and are a bit smaller than the Router. They also lack a wired connection; the Router has 2 GigE Ethernet ports.

However, they still have both Thread and BLE radios and are the device that adds Google Assistant. With a built-in microphone (which you can, of course, disable) Google's digital assistant is on board to handle your smart home controls, questions, queries and anything else you want to throw its way. There's a slick under-glow light that comes on while the Assistant is speaking back to you.

The good news, if you already own the existing Google Wifi devices, is that they are compatible with the new Nest mesh. You can also choose to have multiple routers in the setup, acting as nodes; which is handy if you want to add another wired access point to your system.

Like the new Mini, they will start shipping on 4 November. The Router is white but you can get pink or blue Points. 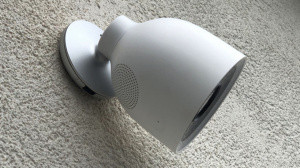 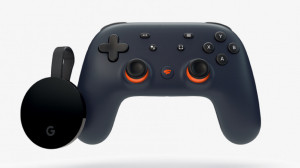