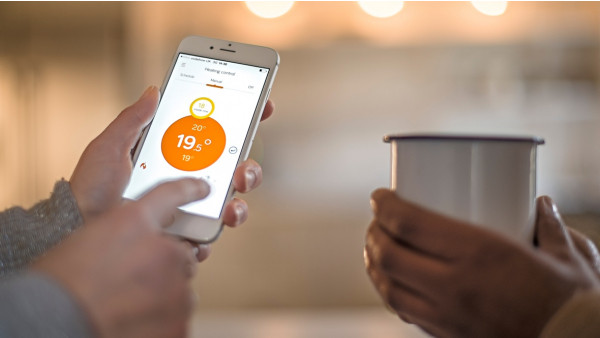 Hive has boosted its platform with an expansion of its IFTTT-style Hive Actions feature, which will offer users more ways to control its smart lights and thermostats.

Hive Actions is a recipe builder, which helps users quickly build nifty features into their smart home. Ideas could include turning a light on when a door opens, and the Actions feature links together sensors and smart bulbs.

Hive has now announced an expansion, which enables users to link together more than one device, for finer control. This means you can double up on sensors, and includes motion detection from the companyŌĆÖs smart cameras for the first time. An example could be ŌĆ£IF door is opened AND Hive Camera detects motion in the kitchen THEN switch on the kettle plugŌĆØ.

But possibly the neatest trick is around environmental conditions. You can frame Actions for lights around sunrise and sunset, for example. We have a Hive Action set up for our hallway, to turn the light on when the front door opens, for three minutes. We can now ensure that only happens at night, which is much smarter.

There are a few other tweaks as well. Actions now live on the Hive app home screen, so they can be triggered manually if needed. That could mean a complete shutdown of heating and lights, for example. However, these aren't controllable via voice assistants at the moment. Hive's thermostats, lights and plugs are all compatible with Alexa and Google Assistant, but functionality is starting to lag, and Hive View doesn't have the ability to be viewed via an Echo Show skill.

Hive makes creating Actions pretty easy, and you can select from 50 pre-settings such as ŌĆ£when door opensŌĆØ or ŌĆ£when motion is detectedŌĆØ. You donŌĆÖt need to delve into any heavy settings and means most users should be able to set something up in their home.

Making features accessible to everyone has been a cornerstone of the Hive smart home set-up, and while that often means it lags behind rivals in terms of functionality, itŌĆÖs contributed to its immense success and adoption in the UK at least.

The new features will be delivered via an update to the iOS and Android app in the coming days.