HomeKit and AirPlay 2 support rolls out to Vizio smart TVs 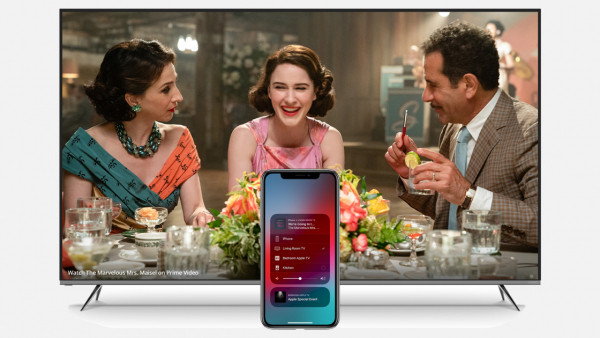 Get ready, because Apple HomeKit support is coming thick and fast to a smart television near you.

Just six days after LG announced it was pushing the HomeKit update to its 2019 models, Vizio is now releasing an update to its SmartCast 3.0 smart TV platform that adds HomeKit and AirPlay 2. Unlike LG however, Vizio's integration will be backwards compatible, all the way to its 2016 SmartCast TVs.

AirPlay 2 lets you play videos, music, photos, and more directly from your iPhone, iPad and Mac to your TV, and HomeKit brings Home app and Siri voice control - including turning it on or off, changing the volume, and switching inputs. HomeKit support also means you can add your TV to scenes or automations like any other HomeKit accessory.

The update is beginning to roll out now, but will take a few months to hit all the models. Supported models are:

Earlier this year, Sony also announced it will bring HomeKit and AirPlay 2 to some of its higher end models this summer. Samsung has AirPlay 2 and an Apple TV app on all its 2019 smart TVs and some 2018 models, but no HomeKit. See a list of all HomeKit compatible TVs on Apple's website.