Expandable, versatile and comes with Alexa built in to boot 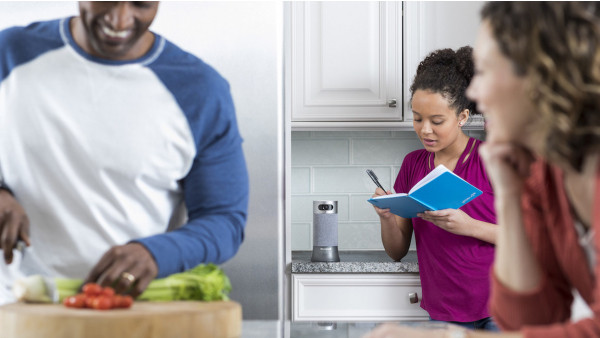 Honeywell's combined Alexa speaker, smart home hub and security system has had an interesting road. It started off with a quick stint on IndieGoGo before going up for pre-order back in June. And now, finally, it's on sale.

It's available both separately for $349.99, and in several bundles. There's the basic starter kit, which comes with a remote-control key fob and two window and door sensors for $449.99. The Super Smart Home Security bundle throws in a T5 Honeywell thermostat, a C1 security camera and a water leak and freeze detector for $808.94.

Read this: What it's like to live in Vivint's smart home

Now that you know you can buy it at Amazon, Honeywell and Lowe's, let's quickly go over exactly what this thing does. It's pretty much an Alexa speaker, smart home hub and security camera all rolled into one device. It can sense motion and sound and will capture 1080p HD video.

It also has a feature called Scheduled Facial Recognition, which will basically let you know when your family remembers arrive home when expected. So if your significant other gets home from work at their regular time, you'll get a notification. Because it knows this, it also knows when someone unexpected shows up at some random time of day or night.

Amazon's Alexa is also built right into the base station, so you can ask the weather, change security modes and control the rest of your smart home. Speaking of the smart home, the Honeywell base station will work with Z-Wave lights and integrates with a number of accessories to build out your security systems for larger homes.

Finally, Honeywell is going to spin off its Honeywell Home business into a separate company called Resideo. That company will officially launch at the end of the year and will license the Honeywell brand for its products in the long term.