Here's how Alexa and Cortana will actually work together 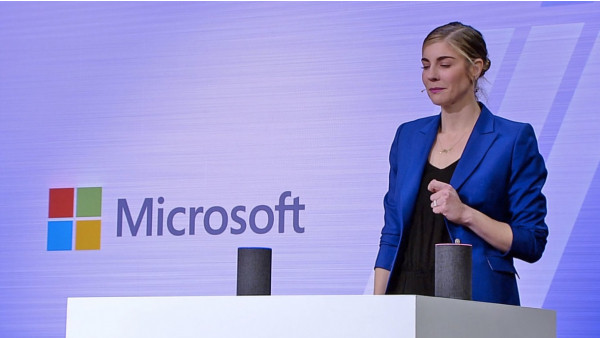 We've known for nearly six months that Alexa and Cortana are set to work together, enabling you to use both voice assistants on Amazon Echo speakers and Windows devices.

Now Microsoft has demo'd how this will actually work at its Build 2018 conference. You can also join the limited beta using this sign up page, but there's no word yet on when this will go live.

If this is all news to you, here's the deal. Back in August 2017, Amazon and Microsoft teamed up to enable you to control each company's voice assistant with the other. Given Cortana is generally best suited to office tasks (reminders, to-do lists, diary handling) and Alexa to smart home control, the two companies joined forces.

And now we have detail on how it will work in practice. When using an Echo or other Alexa device, just say "Alexa, open Cortana" to access Microsoft's assistant and vice versa when using Cortana or Windows 10 PCs.

In the Build demo, after Microsoft's Megan Saunders said the initial "open Cortana" command to an Echo smart speaker, Cortana is programmed to say "Cortana here, how can I help?" To which you can then ask it anything like "How's my day?", send emails and whatnot.

In the second part of the demo, Amazon's Tom Taylor (SVP of Alexa) says "Hey Cortana, open Alexa" on a Surface tablet to which he gets the response "Hi there, this is Alexa. How can I help?" He then orders an Uber without the need for the Alexa wake word with "Get me an UberX to Harvest and Vine" etc.

Alexa then says "What's next?". Unless you respond to these prompts from the secondary assistant, we assume it defaults back to Alexa/Cortana. And in the left hand panel where Cortana would usually show info, it says 'You are talking to Amazon Alexa' and the Uber app instead.

These aren't the best examples of why you would want to interact with two assistants on one device - reliance on Microsoft's productivity software and Amazon's much wider smart home compatibility are more likely the reasons people will go for this team up. Taylor also demo'd this aspect on stage with a "turn off the lights, please" command from a Windows tablet. Good manners.

When we spoke to Rich Suplee, head of Alexa for EU, recently he said: "Alexa users will be able to access CortanaŌĆÖs unique features like booking a meeting or accessing work calendars ŌĆō you will be able to read emails too. Cortana customers will also be able to ask Alexa to control their smart home devices, shop on Amazon, or interact with the tens of thousands of skills that are available."