Time to move your smart display into the kitchen 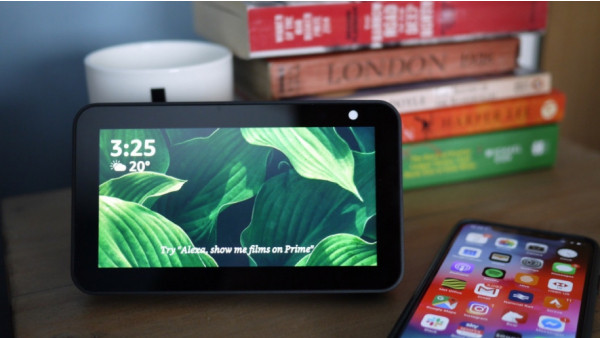 Building shopping lists through Alexa can be a bit of a chore, can't it? Stay within the confines of everyday fridge items and there'll be no questions asked, but stray into alt-milks or free-from breads and you may as well be trying to explain dietary requirements to a restaurant waiter.

Thankfully, Amazon is making things a bit easier with a new update that allows you to scan barcodes of items and automatically see them added to your shopping list.

Download these: Best skills and apps for Amazon Echo Show

Available for the Echo Show 5 and Echo Show 8, the new feature can be kickstarted by simply saying, "Alexa, scan this to my shopping list," before a barcode pops up and prompts you to hold the item in front of the built-in camera.

Whether this is more efficient than saying, "Alexa add [miscellaneous food item] to my shopping list," really depends on what you're asking. Unless you're sharing your list with someone else and don't want to skimp on the details, or have some hard-to-describe things knocking about in the cupboard, we imagine it's probably easier to just add things the traditional way.

Why? Well, in the event that Alexa somehow doesn't recognise your middle-class niche cheese, you'll be forced to simply backtrack and add it regularly anyway, like a chump. And with that, we imagine there'll be plenty of trial and error the first few occasions you try to add things via the barcode.

Still, it's a feature we imagine will also see plenty of users transfer their smart display - perhaps currently acting as a hallway monitor or bedside alarm - right onto the kitchen worktop.

And it follows a similar feature Amazon introduced back in September - Show and Tell - which allows visually impaired users to hold items up to the camera and ask for them to be described.

So, yeah, Amazon is doing some cool things with cameras in the smart home. Let's just hope it doesn't get too many more fancy ideas about how to use the tech, hey.