Huawei's HarmonyOS will make its debut on Honor smart TVs

The company's sub-brand will receive the new OS first 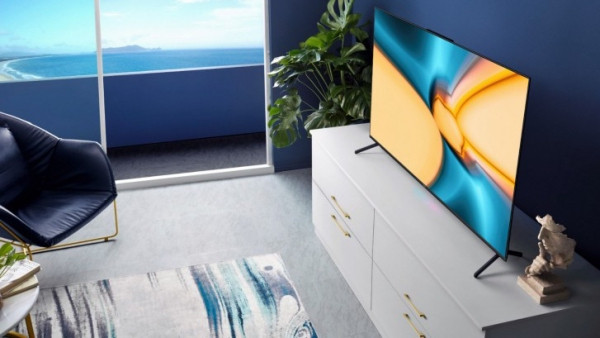 Huawei has revealed the first devices that will on HarmonyOS, after only unveiling the platform at its own Developer Conference last week.

The company initially hinted that the adaptable operating system would come to "smart screens" before the end of the year, with confirmation now coming that sub-brand Honor and a duo of smart TVs - the Honor Vision and Honor Vision Pro - will be used as the testbed for HarmonyOS.

The smart displays launch with plenty of features for users, all packed inside a 55-inch 4K display and backed up by a octa-core processor and Honghu 818 chipset. According to Huawei, the displays can be used as a home hub, running Huawei's HiLink system, which you'd imagine will only become more powerful as more devices are launched on HarmonyOS.

The displays can give you updates on the weather, track packages, and can be remote-controlled by a smartphone. The two models differ in some details, however. The Pro model has more speakers, and also boasts a pop-up video camera and microphones that make it an option for video-calling and conferencing. Both of the displays have a neat look to them, too - with a screen-to-body ratio of 94%, the metal bezels are hardly noticeable at all.

Huawei indicated in its launch of HarmonyOS that it'll be mostly deploying the system in China, initially, so this launch shouldn't come as a surprise for those in the US or Europe. However, it will be interesting to see what people make of the OS when they get their hands on it.