The week in smart home: The big smart home stories from IFA 2018 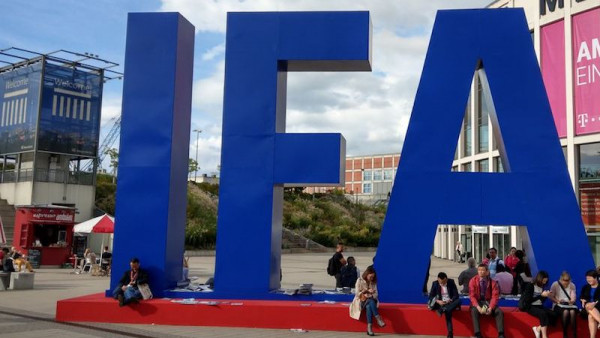 IFA 2018 is well underway over in Berlin. With the retail giants now swarming the show, planning what new tech is going to take pride of place in their stores over the next few months, it's time to look back on the big press events that proceeded the expo - taking stock of all the big new smart home launches...

8K was the big theme

While 8K screens have been demoed frequently over the past few years, the likes of Samsung and LG reckon that now's the time to start selling them to the public... despite there being zero 8K content available.

It was only a matter of time before Alexa made its way into the unsung hero of a smart home: A Wi-Fi router. Netgear is making it happen with its new Orbi Voice Smart Speaker and WiFi Mesh Satellite. It's actually two devices - the Orbi Wi-Fi router, and the Orbi Voice, which is a speaker with sound tech from Harman Kardon.

The Orbi Voice packs Netgear's mesh technology in with a front-facing woofer, a tweeter, a bass reflex port and far-field microphones - in a four-mic array - to pick up your voice. Naturally, you'll be able to use Alexa to do Alexa things, like play music from Spotify and Amazon Music, or control your Fire TV, or check on the weather.

Alexa also made a Berlin-bow in the new Pure DiscovR - a 360 degree smart speaker that takes on the Sonos One by also packing in Apple's AirPlay 2 connectivity.

Where the Pure speaker beats its Sonos rival though is in the portability stakes. It packs in a battery pack - capable of up to 15 hours of battery life so you can take Alexa and all of the digital assistant's skills with you wherever you go. Provided you can still give it a data connection to feed on.

Eve used IFA to debut the second generation of the Eve Room, as well as announcing a new foray into lighting and power, with the Eve Light Strip and the Eve Power Strip.

The pair will be joined by a European version of the Eve Light Switch, with all three of the new smart home devices built solely for Apple HomeKit. The former lets owners light up their homes with pre-installed scenes and their own colours. The 2m LED strip (which can be extended to a length of 10m) beams out white and colour at an output of 1800 lumens, using Wi-Fi to connect to userŌĆÖs phones for control.

The Eve Power Strip, shown above, allows for control of up to three devices through a single outlet.

With 10 years of battery life, it offers extra peace of mind 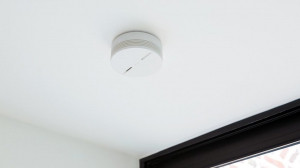 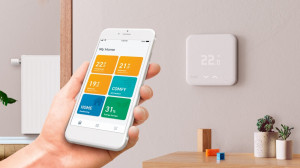 The modular smart lighting goes all square on us 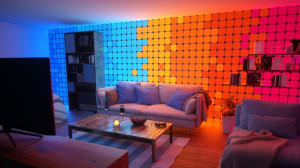 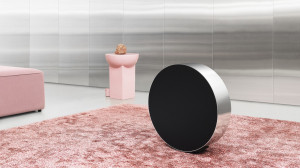 Stick this in the middle of the room - and what

It's here to power all your entertainment 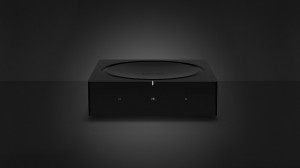 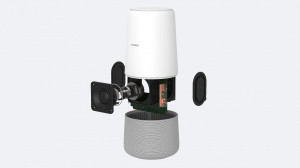 Huawei's AI Cube smart speaker isn't a cube, but it does double as a 4G router

Forget everything you thought you knew about shapes

Lenovo gets in the game

Lenovo played its smart home hand over in Berlin, unveiling a raft of new kit... all of which can be powered by the Google Assistant - hardly surprising given the Chinese company recently launched a smart display packing GA. However, the new Lenovo Essentials smart home range is also Alexa-compatible, and can also be controlled through the newly launched Lenovo Link app.

The starter pack packs in a smart bulb, a smart plug socket and a smart security camera - hardly inspiring stuff - but Lenovo's not really aiming at smart home super users, it's got beginners well and truly in mind.

Lenovo's words, not ours. It's pretty easy to sync up stuff from rival brands and control them within singular apps nowadays, but don't let the facts get in the way of a good press release, eh?

Neato's flagship Botvac D7 Connected is the highest rated smart robot vacuum cleaner we've tested and now the company has a pair of cheaper models on offer too - both of which boast the super No-Go Lines feature that sets the range apart from its rivals.

Neato CEO Matt Petersen, explained, ŌĆ£Our new Botvac D4 and D6 Connected are products which will grow with the customer through software updates, answering to their needs. Neato was created to transform and with this launch our product portfolio is truly innovating for the future to offer a personalised cleaning experience.ŌĆØ

Great stuff. What you're probably more interested to know is that the new models are $100 and $300 cheaper than the D7 despite packing in a bunch of the same features.