This Ikea Space10 survey gives us a blueprint for co-living

Turns out everyone wants a co-pet 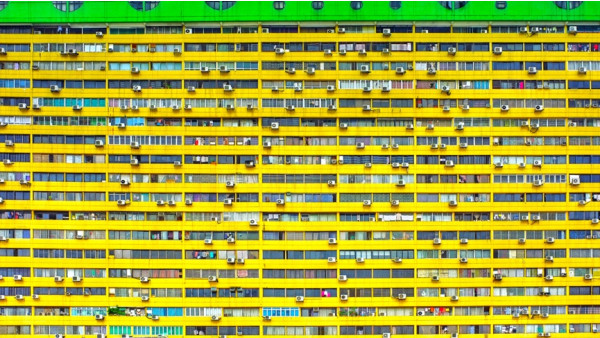 How many people would you live with in a co-living house of the future?

That's one of the questions posed by Ikea's innovation lab Space10's One Shared House 2030 survey which has been completed by over 7,000 people in 150 countries and is being presented at the Frame Awards in Amsterdam. So what do the results tell us?

The project, built in collaboration with Anton + Irene, is quite honest in its intentions to be more playful than scientific but Space10 has revealed a few interesting themes that could be useful for anyone building futureproof living spaces.

Generally, people said they'd like to live in a small community of four to 10 people; rising to 10 - 25 people for couples with children; not hundreds and hundreds of others, with large communal areas like some flashy co-living projects.

Read this: We speak to Ikea's innovation lab Space10 about co-living, interfaces and more

Even with the choice of a self driving car for the commute, the respondents mostly want to live in cities and most say their main reason for being interested in co-living is to socialise.

With loneliness set to rise and rise, it seems that this could provide a nice balance with a private "off limits" bedroom (and possibly bathroom) combined with social eating, cooking, garden and working spaces and shared bills like internet and energy.

Of the 7,000 people who took the survey online - 85% of which are aged 18-39 - most would want to pay for extras like having healthy food delivered to their home. People would like shared ownership of the house and to vote on new members, not have organisations or algorithms decide for them, and from the responses it appears community pets are popular. Co-living is a big focus for Space10's research on the future of the home, alongside natural interfaces - such as voice - and AI.

"Today we want to experiment how to introduce our democratic design principles of combining form, function, quality and sustainability - all at a low price - in new areas," said G├Čran Nilsson, manager at Ikea Concept Innovation. "In that respect, one opportunity we find interesting lies in the home itself."