With Klipsch's new soundbars, Alexa is pricier than Google Assistant

They'll start rolling out this spring 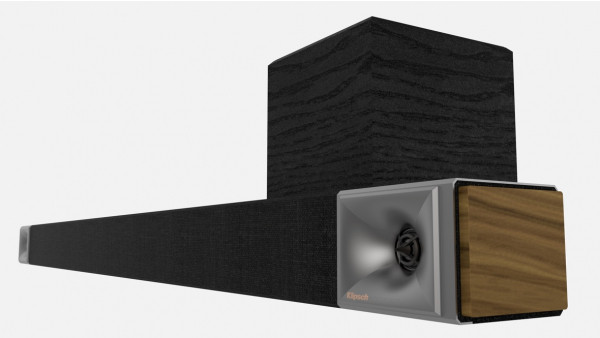 American audio company Klipsch has announced five new soundbars for CES, which range widely in price and features, and throw in Google Assistant and Alexa support.

Starting at $299, the cheapest soundbar, the Klipsch Bar 40 is also the smallest of the lineup, and comes with Google Assistant built in if you opt for the 40G version.

Then comes the Klipsch Bar 48, which comes in a more versatile '48W' version that packs in Google Assistant, Alexa, and AirPlay 2. There's DTS Virtual:X surround sound too, but it means you'll have to pay more if you're after Alexa.

Read this: All the big smart home news from CES 2019

At the top end of the range is the $1,599 Klipsch Bar 54A, which gets Dolby Atmos dolloped on as well. Klipsch has designed all of its new soundbars to look and sound more like its premium Reference speakers, which means a more premium look and some nice new wood finishes by the looks of it. Lovely stuff.

All of the speakers can be bought with or without subwoofers and start shipping this spring - although a couple of models will roll out in the fall.

Klipsch says all of its speakers are "horn-loaded", which is a fancy way of saying they use an acoustic horn. In Klipsch's own words: "This is why our speakers can produce louder sound efficiently, thus pissing off your neighbors."