Plus premium sound from Meridian 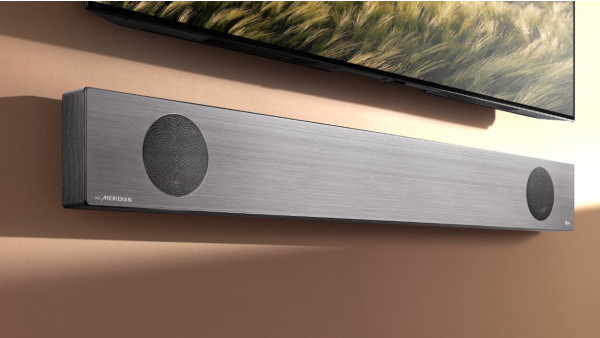 2018 saw the rise of the smart soundbar with the Sonos Beam and Polk Command Bar, and now it looks like 2019 is going to see the continuation of that rise.

LG has announced its new series of 2019 soundbars will be of the smart variety. They'll come with Google Assistant built in, so that you can say things like "Hey Google, increase the volume" or "OK Google, what artist is playing?" Plus, you can control all your other smart home devices and do all the normal Assistant things.

The more high-end SL10, SL9 and SL8 sound bars take it a step further with Dolby Atmos and DTS:X support. Both technologies improve the richness of the sound and provide a more complete surround sound experience.

The high-end soundbars can also be placed in two orientations: Flat on a TV stand or flush on a wall. There's a gyroscope built-in that can determine which orientation the sound bar is in and adjust the sound for optimal performance. You can also pair them with a separate Wireless Rear Speaker Kit from LG for full 360 sound.

There's no word on pricing or availability yet, but LG's entire new run of soundbars will make their debut at CES 2019 in just a couple weeks.