CES 2018: But don't expect him to be a good robot at a press conference 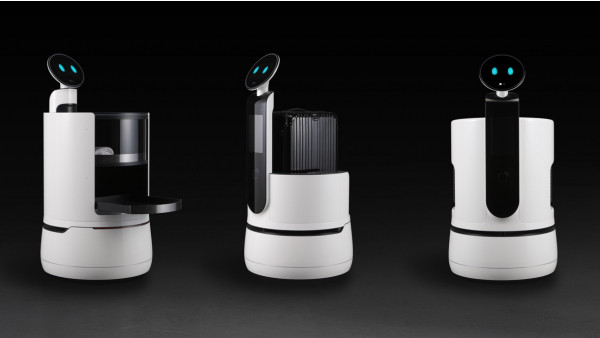 LG made a serious play for the smart home at CES 2018 with the unveiling of its ThinQ AI platform for home devices, but its trio of new CLOi (pronounced /Chloe) robots is what caught the eye at the Korean company's press conference.

LG showed off a CLOi serving robot, CLOi porter robot and CLOi shopping cart robot, all of which are primarily designed for spaces such as airports and malls. However, with the line-up of features, one could easily see them making them into the home in time.

The serving robot is designed to deliver food and drinks to guests of hotels and airport lounges, using a built-in serving tray. The porter robot can handle check-in and checkout, take payments and deliver luggage to a waiting vehicle. The shopping cart robot seems a little pointless, and lets you scan items before putting it in its basket. It also shows your shopping on its ŌĆśfaceŌĆÖ.

However, on stage at the LG press conference at CES 2018 CLOi appeared to get stage fright, and wasnŌĆÖt responding to commands (check it out on the embedded tweet below, just be careful your cringe gland doesn't rupture). You know what they say, never work with smart home robots or animals.

ItŌĆÖs unlikely that weŌĆÖre going to see LGŌĆÖs robots in our homes any time soon, but at a show thatŌĆÖs, in recent years, all too often been about iterative updates and a lot of TVs, itŌĆÖs refreshing to see something that feels like the future. Yes, LGŌĆÖs robots are ugly and kind of weird ŌĆō but hereŌĆÖs a robot that can bring you beer on its little serving tray, and for that, we doff our caps.