The company previews its plans ahead of CES 2019 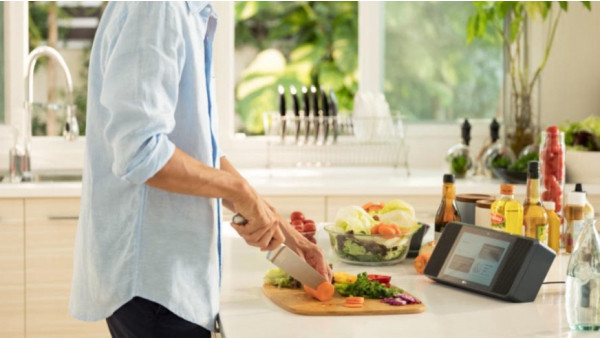 LG has announced partnerships with a number of smart kitchen companies, as it looks to link up more than just appliances within the home.

Giving a preview to the technology it'll show off at CES next month in Las Vegas, the Korean company has joined forces with Drop, Innit and SideChef. The trio of new partners will, LG indicates, help it to unify the kitchen and create a better experience for users.

Read this: How kitchens are planning to go wireless

Perhaps the most significant of the three is the link up with Drop - the folks behind Drop Kitchen OS - with LG stating that it plans to integrate the software into kitchens with smart appliances. The company's SmartThinQ ovens, of course, already come equipped with technology developed on the Drop platform, though the deal should see even more of LG's wares come infused with the smarts.

Innit and SideChef, two companies that offer recipes and meal plans for users, should also see these blended into the Drop platform. And since LG is planning for all elements of the kitchen to be integrated, simply selecting, say, a recipe should immediately kickstart the oven into preheating at a specific temperature and automatically set timers.

LG's end-goal here, then, is really that any of the manual labour involved with preparing, cooking and cleaning up after a meal is taken out of your hands and simplified. And since you'll probably have some free time on your hands thanks to the automated cooking, LG also probably wants you to work on brewing some home beer through the, er, LG HomeBrew.

The company's new machine lets you pop in a capsule of your choice (with five to choose from initially, all brewing different types of beer), with five litres of beer then brewed over a two week period. The HomeBrew, like the technology being formed through the new partnerships, will also be debuted at CES 2019 - and, rest assured, The Ambient will be ready to wield its journalistic arm and test out any and all potential brews on offer.

For now, it seems as if LG will be continuing to prepare the kitchen of the future - one that will no doubt also include its range of smart speakers, too.