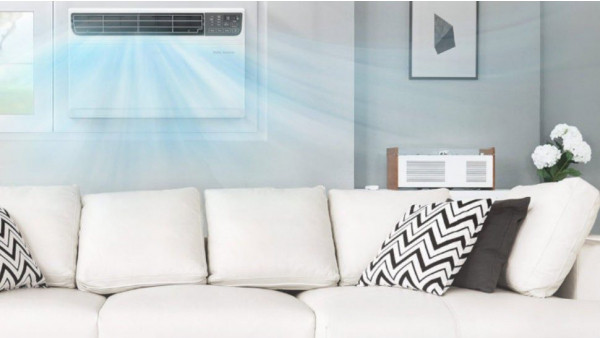 The world of smart air conditioners has needed a champion, and it looks like LG's new trio of smart conditioners may emerge as the hero it needs - nay, deserves.

All three are equipped with LG's SmartThinQ technology, which will allow you to command them from its companion app. This means you can turn the unit on or off and monitor the temperature and, if you have other LG appliances - like the Hom-Bot robot vacuum - you can control them all from within the same app.

Read this: Everything you need to know about smart ACs

If you'd prefer to use your voice, there's also both Alexa and Google Assistant support for LG's air conditioners. They're not only smart though, they're efficient, and use LG's new Dual Inverter Compressor technology. Basically, it constantly adjusts speed to maintain temperature levels.

Those efficiency gains have won LG the Energy Star Emerging Technology Award, which is given to innovations that are aimed at reducing energy use. Since air conditioners tend to take a whole lot of energy, it's a significant advancement. LG also claims that they're quiet, achieving 44 decibels, which is about as loud as the low hum of a busy library.

All three are available now in the US through various retailers and LG's own website. There's no word on whether they'll head on over to the UK or other territories just yet.