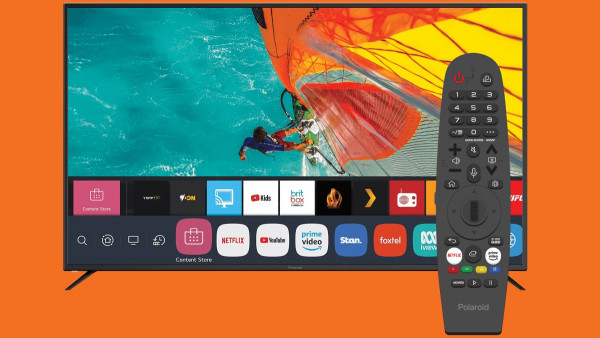 Earlier this year Korean tech giant LG revealed that its webOS smart TV platform would soon be arriving on a range of third-party smart TVs.

In the past few months we've seen webOS hit TVs from the likes of RCA, Ayonz, Polaroid and Konka and now, Amazon's digital voice assistant Alexa is getting in on the action.

LG has announced that these third-party webOS TVs can tap into Alexa commands, if users have the LG Magic Remote - the same remote that makes Alexa commands possible on native LG TVs.

You'll just have to hold down the Amazon Prime Video button and speak into the Magic Remote for voice commands such as adjusting the volume, changing channels, playing music, smart home control and much more.

ŌĆ£The addition of Amazon Alexa to the long list of webOS features will enhance the user experience and boost the value of our growing smart TV ecosystem,ŌĆØ said Jung Sung-hyun, head of content services at LG Home Entertainment Company. ŌĆ£Bringing together the capabilities of Alexa with the convenience of webOS to third-party TVs is a win-win-win for TV brands, customers and developers.ŌĆØ

The built-in Alexa feature will be activated over-the-air, starting in Q3 2022 (now) in North America, followed by Europe and Asia.

LG is leading the pack when it comes to voice control on its latests and greatest TVs. As well as LGŌĆÖs own ThinQ system you can choose to use both Alexa or Google Assistant as well.

LG's webOS TV platform was originally born out of the company's smartphone business. Back in 2009, webOS was actually the system that the popular Palm Pre smartphone was powered by.

in 2013, LG acquired webOS from HP, who had gobbled up Palm in 2010. It relaunched the OS on TVs as a rival to the likes of Android TV and Samsung's Tizen.

The beauty of webOS is its simplicity and economy. It was the first TV platform to overlay a scrolling row of content source icons along the bottom of the screen.

It also pioneered the use of rich icons and folders to help you easily find content and was the first to use subtle animations to help you track your progress through the menus.

The latest webOS version offers a two-tier system, where a second layer of icons appears above the main home bar showing direct show/movie links from the app youŌĆÖve highlighted on the bottom deck.

In terms of streaming services and apps, most of the big hitters are available with webOS: Netflix, YouTube, Amazon Prime Video, Rakuten, Dazn and many more.