The Meridian-powered Smart Display is set to join the family 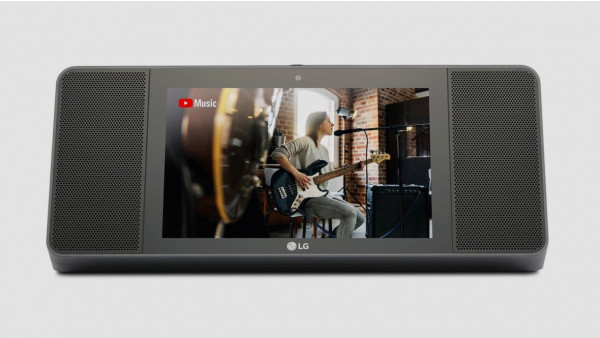 After being teased at CES way back in January, the LG XBoom AI ThinQ WK9 finally appears ready to join the crop of Google Assistant Smart Displays in the wild.

Landing with perhaps the most unappealing name within the smart speaker space, LG's first display-packing device rolls onto the scene just after the LG ThinQ WK7 - another speaker powered by Google Assistant and audio experts Meridian.

As you can imagine, it'll work fairly similarly to the rest of the Smart Display family, which currently includes the Google Home Hub, Lenovo Smart Display and JBL Link View. However, a key difference should come from the two 20W stereo speakers either side of the 8-inch screen, as LG looks to make its case as the go-to option for sound quality in the range.

There's also a 5MP front-facing camera for video calls, while built-in Assistant and Chromecast mean that the WK9 can handle voice requests and receive music straight from your phone, computer or tablet, respectively.

Interestingly, though the speaker's $299.99 price tag would make it the most expensive Smart Display; LG currently lists a promotional price of $199.99 for the unreleased WK9. We say unreleased because, oddly, LG has offered these details and posted a listing without giving the option to buy.

We don't have confirmation of when the smart speaker is set to launch officially, but we do know that it will do so in the US first before rolling out to other markets. Stay tuned.