The new polychromatic lights will be available in November 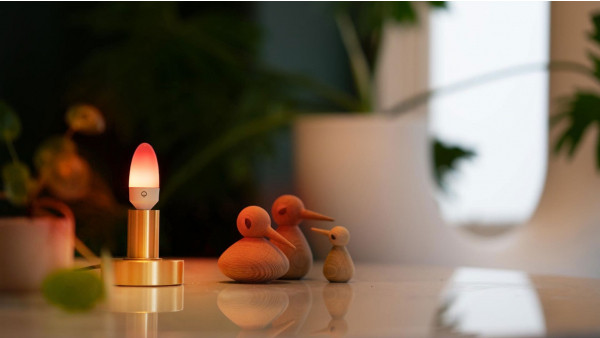 Lifx has detailed a pair of new smart lighting products it will be launching in November this year, the Candle Color bulb and Z TV Strip.

As rumoured recently, the Candle Color is a Wi-Fi-enabled smart bulb that can actually produce multiple colors at once to light your smart home. It uses a combination of multi-colored LEDs and different lighting zones to achieve the effect, a system that Lifx has dubbed Polychrome Technology.

The Candle Color, as the name suggests, can flicker to mimic candlelight, though also features a fair few more bells and whistles than your typical imitation candle. It can produce a color from each half of the bulb, to allow you to set up diverse scenes without needing multiple bulbs. This is all controllable from the Lifx companion app, with the option of a potential 16 million different colors alongside daylight tones.

Lifx has also detailed the Z TV Strip, which is also self-explanatory on the naming front. It's a 1-meter lighting strip bringing the same multi-chromatic color, and can be stuck to the back of TVs from 46-inches and bigger, to add a halo effect behind the set.

It's described as "no-bending" by Lifx, which suggests it may not be the most adaptable lighting strip around, although we'd expect it to work with the Hue TV color-syncing app, as previous Lifx bulbs have. This should let you set the strips to adapt to the dominant color on your TV screen - an added level of immersion.

The Candle Color will retail at $45, which places it as a direct competitor to the Philips Hue range of colored bulbs. The Z TV Strip, meanwhile, will cost $70, again placing it at the same price-point as Philips equivalents. Lifx will be bringing them both to IFA 2019, so expect more when we're on the ground in Berlin.