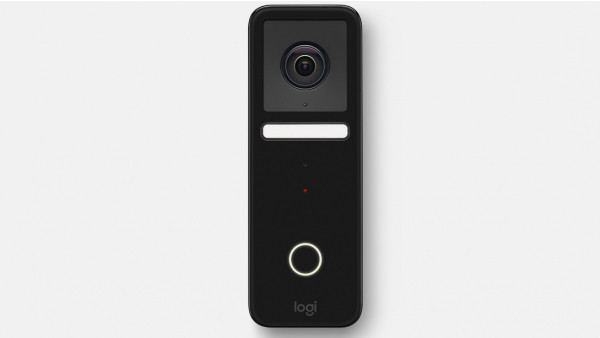 Logitech has taken the covers off of the Logitech Circle View Doorbell - a smart video doorbell that boasts Apple's HomeKit Secure Video platform.

The Netatmo Smart Video Doorbell had the honor of being the first HomeKit compatible doorbell when it was announced at CES 2019 but in the many months that passed, the likes of the Yobi Video B3 and the Robin ProLine went live; the latter boasting full HomeKit Secure Video features, as well.

Secure Video is a way to store that footage on Apple's servers with the peace of mind that it won't be seen by spying eyes ŌĆō not even Apple's. When video footage is captured, it gets encrypted end-to-end and is then fired into the iCloud, where it will stay ŌĆō securely. Once there, only you and anyone you invite to view will be able to see it.

That's why, to get the most out of the new Logitech Circle View Doorbell you'll need a HomePod, the new HomePod mini, or an Apple TV to get the full suite of features as those devices all act as dedicated Apple Home Hubs.

Read this: How to set up an Apple HomeKit hub

The encryption happens on the local device before being sent to the cloud, meaning Apple can't get into it even if it wanted to. The other thing that happens to the footage, before the footage firing it into the big iCloud in the sky, is that it's analysed. This determines the difference between people, pets, or cars before encrypting and storing it.

Back to the new Circle View Doorbell and it offers a 160-degree field of view, from a 5-megapixel sensor that records 1600 x 1200 video in HDR.

It also boasts an integrated light strip for increased night time viewing, which can light up to show visitors up to six feet away, along with adding color night vision to the mix.

The Logitech Circle View Doorbell is available for $199.99 if you're happy to install yourself with your existing doorbell wiring. If you add $100 to the price a pro will come and sort it out for you. It's on sale now direct from Logitech and also Apple is selling it as well.