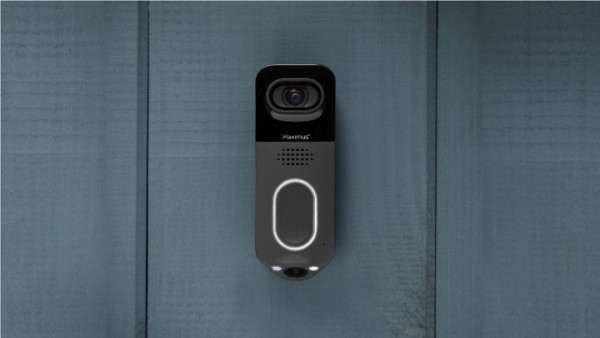 If you've ever been frustrated by a visitor or delivery landing just outside the field of view of your video doorbell, Maximus has come up with a solution for you - the Answer DualCam.

The smart doorbell, first shown off at CES back in January, boasts not just your typical wide-angle camera, but also a second camera at the doorbell's bottom, giving further visibility and field of view. This means that, according to Maximus, you should be able to see what you're looking for, whether it's a person or a package. You'll, of course, be notified of movement or bell-rings according to your preference, too.

That top camera films 1080p wide-angle HD footage, while the bottom camera is, more ambiguously, simply 'HD', according to Maximus. The two feeds will play on your screen at once, producing a split video, like that pictured below, covering most angles.

As you'd expect from a current smart doorbell camera, the Answer DualCam also features an infrared night-vision option, as well as a "music-quality" front speaker, to ensure that visitors or door-knockers can actually hear your responses. If you'd prefer, you can record canned responses, too, to deploy if you can't face an actual conversation.

If the doorbell itself isn't enough of a deterrent, you can also call the police from within the companion app, if something you see concerns you, or activate a 110Db siren that should do a lot to scare people off - that's roughly the volume of a rock concert, so it should be pretty difficult to miss.

It'll be interesting to see if the DualCam encourages other manufacturers to go down the double-camera route. That extra little bit of reassurance could be worth plenty, after all. The Answer DualCam is available now through the official Maximus site at $199.