Nanoleaf Essentials smart lights are built with Thread in mind 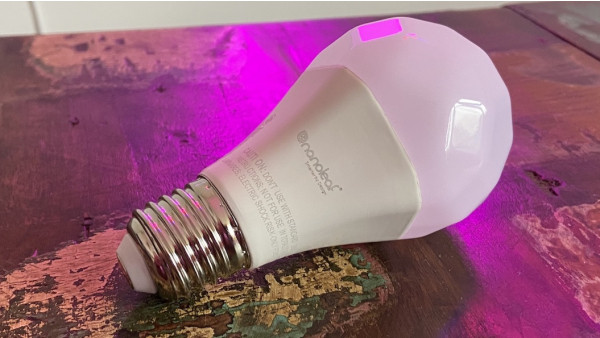 Nanoleaf has revealed its Essentials range; a smart light bulb and smart lightstrip duo that both have Thread connectivity built in.

Nanoleaf states that the Essentials are the first-ever consumer smart lighting to work with Thread, which is not actually true given that its own Triangle Shapes launched with a Thread radio built in last month but we'll let them off that technicality.

And that's a big deal given that the HomePod Mini has just launched with a Thread radio built right in. Nanoleaf have confirmed that the 2nd-gen HomePod can act as a Thread border router for the new smart lights.

Explained: What is Thread and why does it matter for your smart home

The reason that Thread is a big selling point is that, unlike Bluetooth or Wi-Fi - which Apple's HomeKit smart home system currently uses - Thread should provide more instant results when it comes to smart lighting.

"Bluetooth was inherently not the greatest solution for smart home products, mainly because of the connection time," Nanoleaf's CEO Gimmy Chu told to The Ambient.

"Like you don't really care when you're using Bluetooth headphones, because it's takes a whole like three seconds to pair, then you're like, ŌĆśOkay, all right, it works, I'm streaming audio to my ears.ŌĆÖ But with smart home products, that three seconds is annoying."

In theory, the new Nanoleaf Essentials will decide what is the best route to take in terms of connectivity within a HomeKit setup - there's no need for the user to even concern themself about it.

"It all happens in the background," explained Chu. "HomeKit takes care of all that. So, we say that in technical terms, it uses Thread with Bluetooth call-back; like if the Thread connection fails, then it'll fall back to Bluetooth.

"But to the end consumer all they see is they changed the colour of the light. The light changed."

That light, on the Bulb (which is a bonkers Rhombicosidodecahedron shape) is super bright one in multiple color temperatures (2700K-6500K), with a 1100 lumens max brightness.

The Essential range is available now from nanoleaf.me.