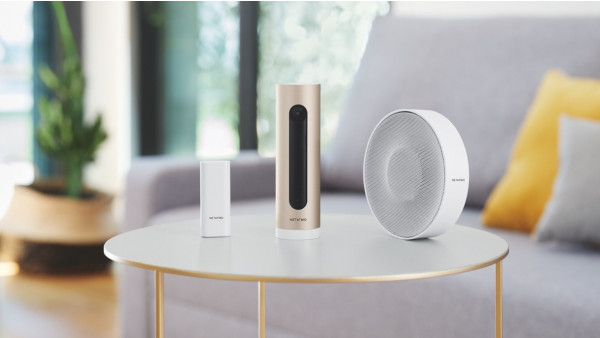 Netatmo has confirmed the release dates for a new home security system at IFA 2019, its Smart Alarm System with Camera.

The system features new door and window sensors, and an indoor siren to trigger alarms if required. The entire setup also works free of subscription charges.

The Smart Indoor Camera, Netatmo's re-brand of its Welcome camera, is at the heart of the system, with its distinctive bronzed looks. It can send notifications to the Netatmo app, triggered by anything from movement to the arrival of loved ones. This last option is powered by facial recognition software that can detect unfamiliar faces.

New to the Netatmo family, and adding to the degree of control users will have, are Smart Door and Window Sensors, which will watch for any movement or disturbance that could indicate forced entry. Of course, they'll also be able to tell you if you forgot to close a particular door or window.

The other main new component of Netatmo's system is the Smart Indoor Siren, which can trigger a 110dB alarm on command - whether that's upon detection of an intruder, the forcing of a door or another event. You can also trigger it manually in the Netatmo Security app, and view live video from your camera to check what's up if it's sounding off.

The alarm has a matte, mesh look, and also shouldn't stand out too much, if you're looking for a subtle option. The speaker can also play pre-recorded sounds to simulate occupancy if your home is empty, a nice bonus.

Netatmo says that the entire system automatically activates and deactivates as you arrive and leave your home, which means you don't have to set up geofencing. This is again powered by the camera's facial recognition, apparently.

If that facial software, in conjunction with an always-on indoor camera, sounds a bit worrying from a privacy standpoint, Netatmo is attempting to allay fears by confirming that recorded video is all stored locally, on a microSD card in the camera. This can then transfer over to your Dropbox or FTP server as you choose. It's also confirmed that no subscription is required to use the features of the system or to access its data.

Netatmo's Smart Door and Window Sensors will cost ┬Ż89.99 for a set of three and will be available from 6 September, while the Smart Indoor Siren will cost ┬Ż69.99 when it releases on 26 September. Neither will work without a Smart Indoor Camera at ┬Ż199, though, so don't buy them without a camera to tie the system together.