CES 2019: It will keep an eye out for suspicious loiterers 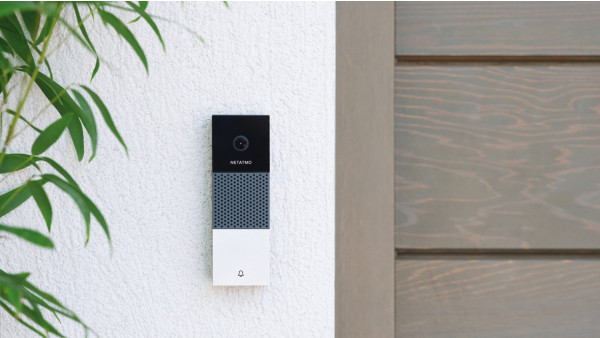 UPDATED: The Netatmo Smart Video Doorbell is now on sale

Netatmo has announced it's launching a smart video doorbell, which will be the first to offer Apple HomeKit integration.

Announced at CES 2019, the inspiringly-named Netatmo Smart Video Doorbell is getting ahead of Ring and August, which have both promised HomeKit support but still haven't delivered. In fact, Ring's been promising it since mid-2016 (please enjoy this ongoing Twitter thread).

Netatmo's doorbell can be controlled using the HomeKit app or using Siri - you can ask Apple's assistant to show you who's at your door. You'll be able to see a live video feed on your phone if someone comes ringing, while the doorbell will send you an alert if it detects people loitering around your home.

The doorbell has a 1080p Full HD camera with a 160-degree wide angle lens, so you should get a decent picture out of it. The HDR function also adjusts to lighting, and Netatmo says you'll be able to see faces clearly even with bright sunlight behind them. And at night, there's infrared vision.

The lack of a subscription plan will also be music to many people's ears. Everything is in the box, and all footage is stored locally on an internal micro-SD card. Alternatively this can all be transferred to a Dropbox account or FTP server (Netatmo promises end-to-end encryption).

HomeKit support of course means you can create integrations with other HomeKit-enabled devices, so for example you could have an outside light turn on if the doorbell detects someone moving about. It'll also work with IFTTT, if you're a user of the platform.

The Netatmo doorbell will be available in the second half of 2019.