Here are the smart TVs Netflix is recommending for 2018

For the best Netflix experience, your choices are... 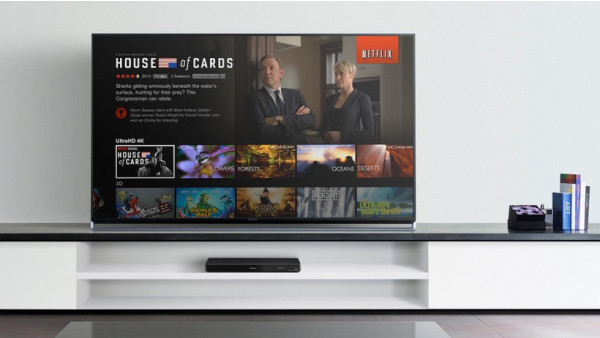 One of the centerpieces of any good smart home is a smart TV. While smart TVs can act as a hub for your entire house, most of us treat them like portals into the wonderland that is Netflix.

But there are so many smart TV options, so which ones are the best at just playing Netflix? Netflix has your back with its recommended smart TVs, and it's just revealed the first wave for 2018. The company is constantly testing every new TV that comes its way so that it can award a 'Netflix Recommended TV' badge that makes it simple to see.

This year, the company has thus far only given its blessing to a select range of TVs from LG and Sony. They include all LG 4K UHD TVs with webOS 4.0 and Sony's W800F/WF800 Android TV series. Last year, in addition to LG and Sony's ranges, it also included Samsung's QLED and 4K UHD TVs.

Netflix determines the best smart TVs for its service in a couple of ways. First, they're fast, with instant turn-on and fast app launching. Naturally, Netflix wants to get you into binge watching the latest season of Stranger Things as quickly as possible. Second, it has to be easy, which could include a Netflix button on the remote. Or it could be easy access to the Netflix app in the UI, which can be as simple as having big icons for apps and making it easy to switch apps.

Finally, there have to be good features. These can include TV resume, so if you switch off the TV midway through an episode of Lost in Space, it'll pick up where you left off the next time you turn it on.

Also, it needs to be able to support a high-res Netflix interface, which is pretty simple considering 4K is starting to take off. It also has to be able to update to the latest version of Netflix and avoid being a fragmented nightmare.

Netflix says it'll continue to review new TVs and add them to its recommended TV site over the course of the year.