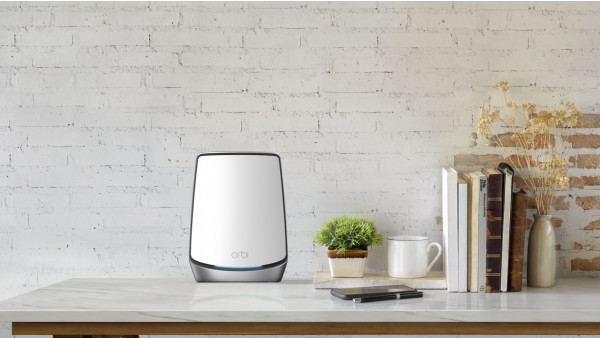 The WiFi 6 apparently offers four times the network capacity of the Wi-Fi 5, which makes it a lightning fast mesh system. Netgear says that such an upgrade was prompted because of the spread of 4K streaming and even some 8K systems becoming more common in people's homes.

If you've got a big home, you've likely experienced the struggle of maintaining a smart home ecosystem on flimsy Wi-Fi, and are exactly the person Netgear is targeting here.

Read more: How to build better mesh Wi-Fi for your smart home

With gigabyte speeds becoming more common in households worldwide, Netgear says that the Orbi Wi-Fi 6 system should even be ready for multi-gigabyte speed internet, since it can use a 2.5 GB/s WAN port. This is added to 4x4 radios on the 2.4GHz and 5GHz spectrum fronthauls, and a dedicated 5GHz backhaul to keep you connected.

We're big fans of the Orbi systems, with their subdued designs and rock-solid signal reliability. However, it's also been a historically expensive system, and that doesn't change with the WIFI 6.

The system will retail at $699 and will be available 30 September. We'll be sure to get our hands on it as soon as possible, to put it through its paces.