There's rumors of a HomeKit smart display, too 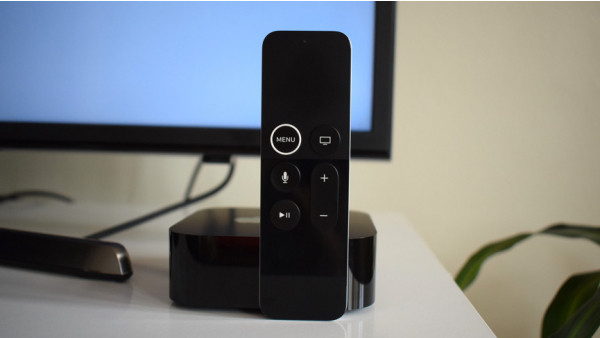 If you've been holding out hope for a new Apple TV your prayers may have finally been answered, and then some.

According to reports from Bloomberg, Apple is working on a flagship smart home device that will combine an Apple TV, a HomePod and a camera into one. It's the smart home trifecta.

While details are slim to none, it appears this will be a soundbar-type device that delivers audio from your TV while also packing in the streaming smarts of the Apple TV.

It's not a new concept - the Roku Streambar already does double duty, as do some of Amazon's FireTV efforts. We're all for less clutter in our consoles so it's already a winner in our eyes.

The as-yet unnamed device (we're thinking HomeBar has a nice ring to it) may also have Siri on board for voice control and thus rival high-end audio products like the Sonos Arc and Sonos Beam.

Both of those soundbars can work with Alexa or Google Assistant for voice control of your television and smart home devices, as well as offering Apple AirPlay 2 for multi-room music playback.

Additionally, the not-confirmed-by-Apple gadget might come with a camera on board so you can FaceTime on your TV, a la Facebook Portal. And it could potentially help you work up a sweat with Apple Fitness.

Of course, the streaming speaker will also be a HomeKit hub - as the current Apple TV is.

But most importantly we're guessing any such device will have a Thread-radio on board (currently only in the HomePod Mini) so it will be ready for our new CHIP-enabled smart home future, whenever that finally arrives.

Read this: Everything you need to know about living in a HomeKit home

With the death of the big HomePod earlier this year, Apple needs a higher-end speaker in its arsenal and a soundbar makes a lot of sense, as it can double as a music streamer as well as enhancing your TV and movie-watching audio experience.

As for the Apple TV, the original streamer hasn't been updated for almost 4 years, and as those of us still grappling with that terrible, slippery little Apple TV remote will tell you - it's time for a refresh.

The HomeKit integration with the current Apple TV is also somewhat measly. While you can view HomeKt cameras on it, there's not much else you can do with the largest screen in your home to control your home.

According to Bloomberg, Apple combined its HomePod and Apple TV engineering teams last year, so an amalgamated product makes a lot of sense.

But wait. There's more. Bloomberg also reports that Apple is working on a "high-end speaker with a touch-screen" - along the lines of the Nest Hub Max and Echo Show 10.

This would combine an iPad and a HomePod - a HomePad? - with the iPad camera providing a portal for video chats. It may even be capable of following you around thanks to a robotic arm, says the report.

A HomePod with a screen has been on many smart home wish lists for years now, but with the prevalence of iPads and iPhones in HomeKit-run homes we think it may be overkill.

The "HomeBar" makes much more sense, and would likely be a better value prop than an iPad and HomePod combined, which could easily clock in at $600.

There are no details on pricing or a release date yet, these products belong only to the realm of the rumor mill. But watch this space for any updates.