The Roku-powered device is bringing new smarts to UK streamers 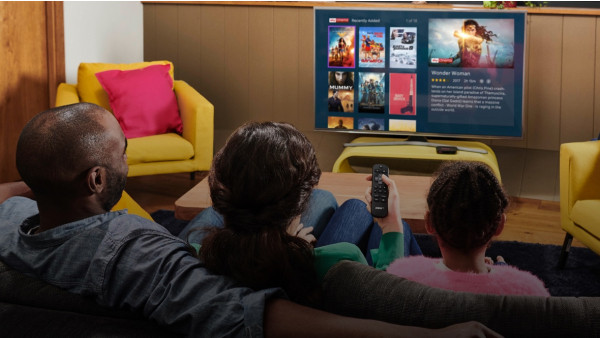 Now TV is in line for a big upgrade, with Sky announcing a new Smart Box with 4K video support, as well as long-awaited Netflix integration.

Available to pick up today, the Roku-powered Now TV Smart Box with 4K and Voice Search - yes, that's its actual name - brings users 4K HDR streaming at 60fps, with the voice search feature available to access through a new remote. Shown below, it allows users to open apps, or hunt down their favourite shows, films, actors or directors, through a simple shout.

Read this: The best streaming sticks and boxes you can buy

That group of apps now also includes Netflix, with owners of existing Now TV devices and the new 4K box able to log into their account and tap into their shows. The service finally joins the platform, alongside the likes of BBC iPlayer, Vevo and ITV Player, after previously remaining absent - likely due to Sky's push of similar titles through its own Sky Store and Now TV entertainment, cinema and sports passes.

It helped that previous Now TV devices were sold for relative chump change, which Sky likely hoped would lead to users being more willing to spend cash through the Sky Store. However, it appears that particular ploy may have reached an end; the new Now TV 4K box will set buyers back amore expensive ┬Ż45.99 (compared to the ┬Ż14.99 Now TV Smart Stick), and the Netflix support would suggest it's now happy to let users explore beyond the garden fence.

And for users, this likely works more favourably. Sure, you'll have to splash out a bit more for the new box, but what you get in return is 4K streaming and the ability to take advantage of the films and TV series on Netflix in 4K HDR. Is it enough to help propel Now TV into competition with the big dogs, Google Chromecast Ultra, Apple TV 4K and Amazon Fire TV? We'll have to wait until we get our hands on it to know for sure, but on paper this looks to be a big step up.