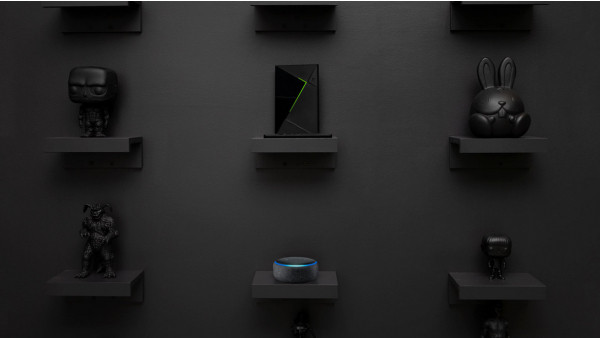 Alexa has come to the Nvidia Shield TV, allowing users in the US to control the media set-top box with voice commands.

Google Assistant has been available for hands-free control since last year (which makes sense given Shield is an Android TV), but with the arrival of Alexa, Nvidia claims it has the first streaming box to be controlled by both voice platforms.

Read this: The best streaming boxes and TV sticks

However, because Alexa isn't built into the Shield TV itself, you'll need to first pair the box with an Echo device. You'll also need to download the Nvidia Shield TV skill in the Alexa app.

With Alexa you'll be able to power the Shield TV on/off, move between menus, pause/play, skip forward and backwards, open apps and adjust the volume. There's a full list of commands on Nvidia's website, but worth noting here that you can also use follow-up commands, so unless you state otherwise, giving Alexa another request won't require you to specify the "on Shield" part.

Right now the feature is only available in the US, however Nvidia says we can expect to see it roll out to other territories in the future.

Finally, Nvidia is also adding Dolby Atmos passthrough for Prime Video. And to tempt over some new users, Nvidia is offering a deal on Amazon and Best Buy where you'll get a free Echo Dot (the new one) with a Shield TV purchase.