The OnePlus TV remote is giving me heart palpitations

Yes, it looks a lot like an Apple TV remote 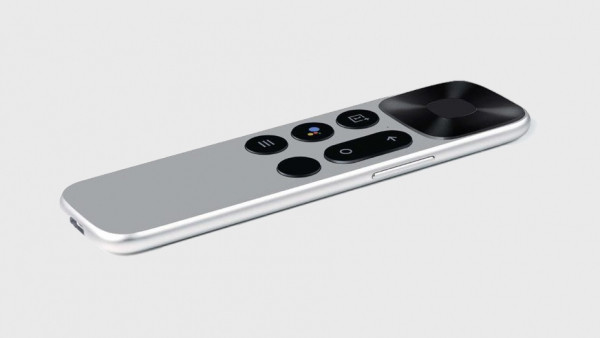 In case you hadn't heard, a OnePlus TV is coming, and CEO Pete Lau just revealed an essential component: the remote.

Lau tweeted a picture of the remote and, yeah, it certainly looks familiar. As someone who loves the Apple TV but despises its remote, just looking at this image is making my heart race. And not in a good way.

Read this: Can OnePlus really fix the smart TV?

At least in the case of OnePlus' remote, there's a clear delineation between the buttons, whereas Apple opts for a huge touch surface that makes it almost impossible to pick up without accidentally pressing something.

The OnePlus remote also raises the directional controls in a square panel at the top, along with a few other buttons below. We can see that one of those buttons is for talking to the Google Assistant, although we're more intrigued by that mysterious bottom-right button. Maybe it's a lucky dip button that performs a random function each time; or maybe it's something much more sensible, like a power button.

Of course, the comparisons between the Apple TV and OnePlus TV stop at the remote, because unlike Apple's streaming box OnePlus' is an actual television set. We're promised it will go toe-to-toe with smart TV giants like Samsung for a much more affordable price.

We don't yet know how much it will be or when we'll see it, but the company promised it would launch in India this month.