IFA 2019: It's bringing Bluetooth across the range 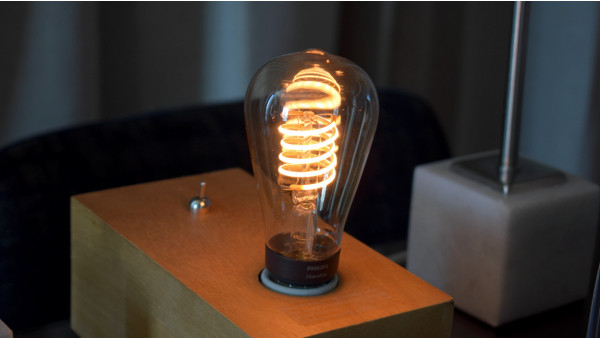 Signify is dropping the Philips Hue motherlode at IFA 2019, adding a bunch of new lights to its lineup and a few upgrades to existing products.

We'll start with the smart filament bulbs, which will probably generate the most buzz. The company tells us this is something people have long been asking for ŌĆō we certainly have ŌĆō and it's finally delivered with incandescent Edison-style bulbs in a variety of fittings.

The bulbs are completely exposed, with all the tech hidden the base, so to look at them you wouldn't know they're Hue bulbs at all.

Read this: The best smart light

However, they work just like any other Hue bulb, and connect via the Hue Bridge or with Bluetooth, though the latter limits your control to inside the home.

In fact, the entire range of Hue lights is being upgraded with Bluetooth. That includes the new portable Philips Hue Go light, the new G10 spotlight, and the refreshed E12 candle bulbs.

Signify is giving parity across range so buyers can simply buy any Hue product and get it working without a bridge ŌĆō but hopes they'll later invest in the Hue Bridge for the added controls it offers.

The new Hue Go has undergone a few other tweaks too, including a boost from 400 lumens to 520 lumens and a longer battery life. The company tells us you'll get up to 18 hours when in the dim candle settings, but less so with brighter settings. The power port has been moved slightly on the new Go too, so it's no longer awkward to stand up while it's charging. The new Go will go on sale in November for $79.99.