It's time to party 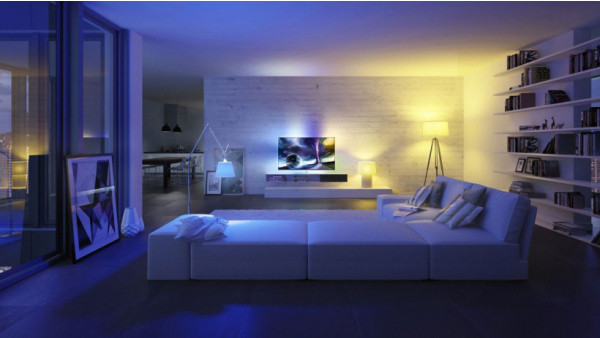 iOS 12 arrived just a month ago, and we're seeing a steady stream of apps updating with support for one of its biggest features, Siri Shortcuts, which lets you create custom Siri pass phrases to set off routines and features.

Philips is one of the biggest names thus far to enable Siri Shortcut support thanks to a new update. You can turn on scenes for your smart lights with a simple Siri passphrase. For instance, if you say "LeBron James did it again" you can trigger your purple and gold LA Lakers-inspired lighting scene.

Read this: Your missing manual to Philips Hue

The other big thing that Siri Shortcuts enables is quick actions. Siri can learn when you like to use certain lighting packages and then present a button for you to use at that time to quickly and easily turn it on. The button will show up on your iPhone's lock screen, Siri Search (pull down on the home screen) and from the Siri watch face on your Apple Watch.

For example, if Siri knows that when you come home at about 5pm and you just want to unwind from a long, hard day of work it might recommend turning on the "Relax" lighting scene.

You can also set up Siri Shortcuts in conjunction with other services and apps. For example, you can set up that Relax scene to play calming music from Apple Music. Or maybe your "good night" Siri Shortcut could also activate Do Not Disturb on your phone in addition to turning off the lights.

There is a catch though: you can only use Siri Shortcuts if you've got Hue bridge v2. You can tell you have v2 by the fact that it's got a square shape. If you've got a previous Hue bridge, you're sadly out of luck. The update is available now in the App Store.