Philips Hue now has a smart plug ŌĆō and yes, it works with HomeKit

IFA 2019: Because not everything is about lighting 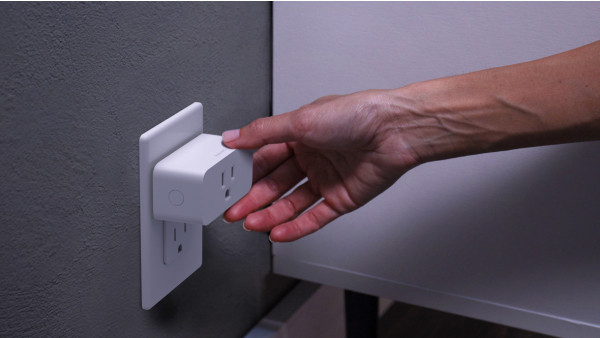 There's a splurge of new Philips Hue products at IFA 2019, but it's not all about bulbs. Signify has also launched a Philips Hue smart plug, a first for the Hue range.

So what makes this one uniquely Hue? For one thing you can control it in the Hue app, where it will appear alongside all of your lights as a separate device. You'll be able to make it part of any Hue Routines you have, and control it from outside the home.

But like the rest of the new Hue lineup, it's also Bluetooth-compatible. That means you'll be able to use it without a Hue Bridge, but you'll need to download the separate Hue Bluetooth app. It also means you won't have remote access once you leave the house.

What will certainly be music to people's ears is HomeKit ŌĆō the Hue plug has support right out of the box. Smart plug options for HomeKit users are slim, and since TP-Link cancelled HomeKit support for its popular Smart Plug Mini, we've been waiting on a new champion.

Alexa and Google Assistant are supported here too, of course, and all this means you can use the Hue Plug as part of any setup. You don't have to use it with any Hue products at all if you don't want to.

There's also a physical on/off button on the side of the plug, should you ever want to control it that way instead.

The Hue plug will cost $39.99 when it goes on sale in October. That's comparatively expensive for a smart plug with just one outlet, but Hue has never done things for cheap. On the positive side, you are getting the kitchen sink of support here.

And if new bulbs and a smart plug weren't enough for you, there's a new Hue smart button. This one's much smaller and more simple than the Hue Tap ŌĆō it literally is just one button this time. Pair it with one or multiple Hue lights and then stick the button anywhere you like. It comes with a backplate but the button is also magnetic, should you want to stick it on a fridge The button runs on a coin cell battery that will last up to three years.

Once set up, a single tap will turn lights on/off, or hold it down to brighten/dim. Using the Hue app you can configure the button to trigger pre-set color configurations, and Signify tells us it will roll out an update that means the button can trigger different configurations depending on the time of day you press it.

And yes, the button comes with the option of Bluetooth too, although you'll have much more functionality when used with the Bridge. It's available for $19.99, also in October.